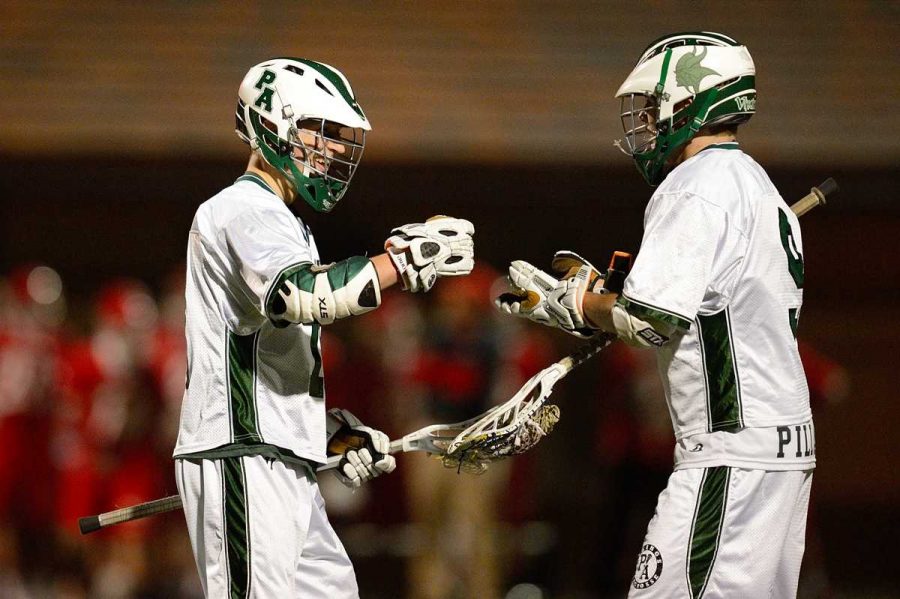 Against Los Gatos, the Vikings started off slow on offense until senior attackman Benner Mullin scored the first goal seven minutes into the game. Junior middle Aidan Gans followed with another goal at the beginning of the second period. The Vikings then built off Mullin and Gans’ aggression and scored 10 more goals by the end of the game.

“We really showed up as a team,” senior face-off specialist Richard Islas said. “We played as one unit. Riding off the high of a [the 2017] championship win, we were more determined to defend our title. Because of this added pressure, we decided as a team to show up and play our hardest.”

Offensively, the Wildcats were not on par with the Vikings, and only managed to score two goals against Paly’s defense in the last five minutes of the game. Sophomore defenders, including goalie Tyler Furrier, strengthened the defense and secured the victory for the Vikings.

“The defense was absolutely astounding, especially in the first half,” head coach DJ Shelton said. “We did not allow a single ball in the first half, and our defense was super aggressive, especially sophomores Kevin Cullen and Ryan Bara who played awesome one-on-one defense and were just absolutely destroying their attacker, not really allowing them to function at all.”

According to Islas, a consistent strong defense, offense and game mentality is what keeps the Vikings high in the rankings. The game against Aragon will be no different, he said.

“We need to play our game like every other game and not play down to their level,” Islas said. “If we put our strengths into those categories, our chances of winning are much higher.”

This week, the Vikings have back-to-back games as they are scheduled to play Menlo Atherton High School at 5 p.m. on Friday at Palo Alto High School.