Experts weigh in on effects of new schedule on sleep 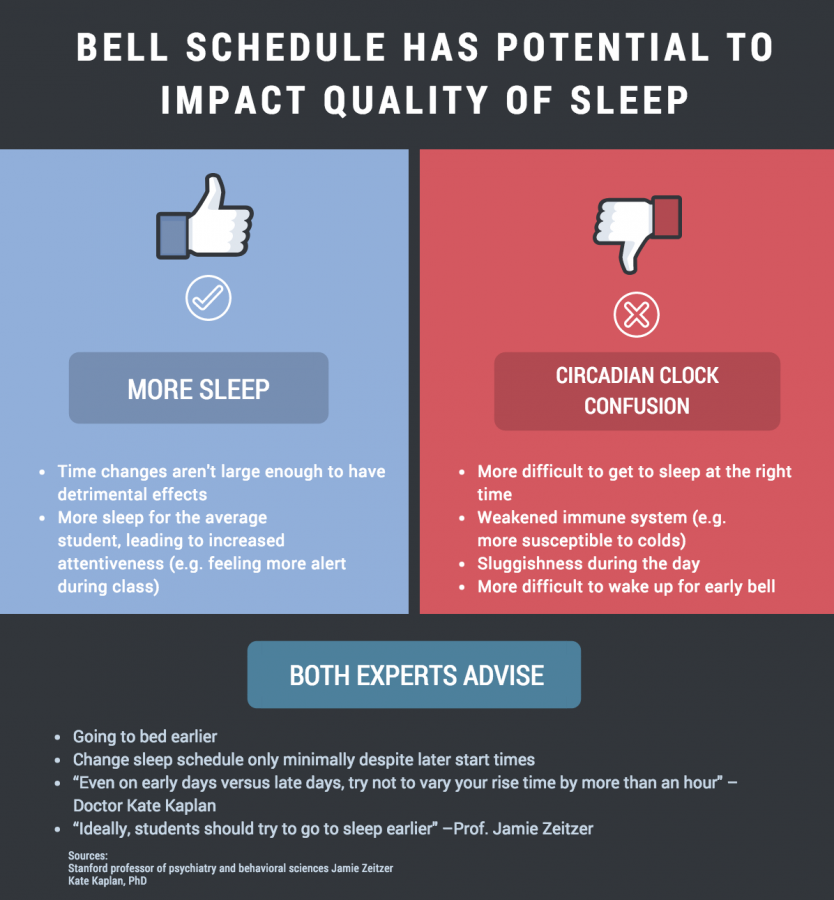 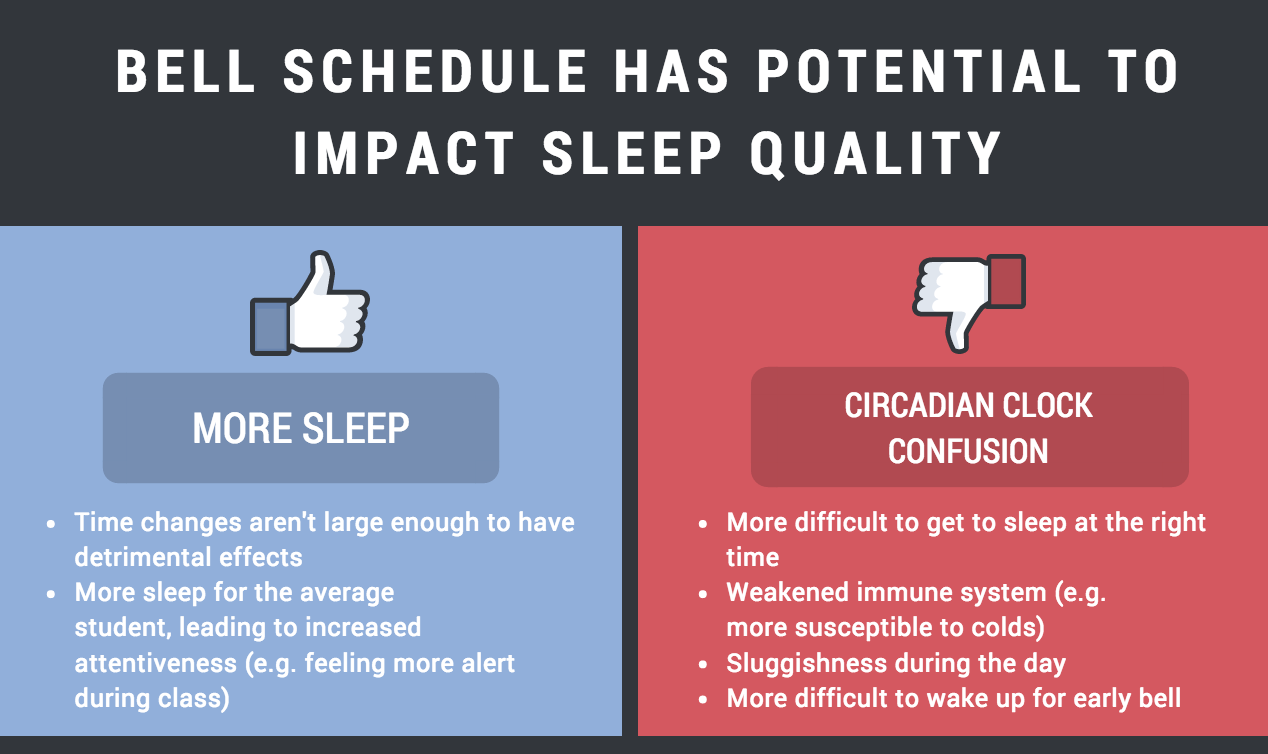 Many students eagerly anticipate next year’s later start time at Palo Alto High School, which will alternate between 8:30 a.m. and 10:05 a.m, but what do experts have to say about the possible health effects?

According to Jamie Zeitzer, associate professor of psychiatry and behavioral sciences at Stanford University, the schedule will likely prove detrimental to students’ sleep schedules.

Zeitzer said that circadian clocks are biological timekeepers that run with 24-hour periodicity, controlling an organism’s ability to anticipate changes.

“For example, when your body anticipates that you should be getting up at a certain time in the morning, there are a lot of hormonal changes to how your heart functions, how your brain functions, at a particular time, anticipating that you’re going to get up at that right time,” Zeitzer said.

Zeitzer predicts that the changing start times could potentially lead to insomnia and weaker immune systems.

“It’s also going to indirectly make it more difficult to fall asleep at the right times, and could have some other unintended consequences in terms of having a weaker circadian clock, making individuals probably more susceptible to getting colds,” Zeitzer said.”It could actually disrupt academic and athletic performance, so there are a bunch of negatives to doing this.”

“I’m in favor of pushing school start times back,” Kaplan said. “I think that it aligns more with kind of where the biological system is at, and, again, seems like we have some good data that doing so will actually help improve the total amount of sleep that teens get, kind of how they’re feeling in their first few periods of class, so I think that’s a positive change overall.”

According to Kaplan, the biological clock can adapt to the changing start times.

“The difference between 8:30 a.m. and 10 a.m. is not a huge one. Our Circadian systems can handle an hour shift pretty readily,” Kaplan said.

A common misconception is that pushing back start times will also push back bedtimes for students, resulting no net change in hours of sleep. However, Kaplan says students do report getting more sleep on weekdays with later school start times.

While both experts acknowledge the difficulty of the task, both Kaplan and Zeitzer encourage students to set regular bedtimes and wake-up times to avoid health issues.

Kaplan also stressed the importance of a constant sleep schedule.

“The most important thing you can do for your sleep is to wake up right around the same time each day, and that’s especially true if you’re having trouble falling asleep or you’re just really sleepy in the morning—the best thing is to keep a certain schedule,” Kaplan said. “Even on early days versus late days, try not to vary your rise time by more than an hour…so that there’s not too much of a shift from day to day.”