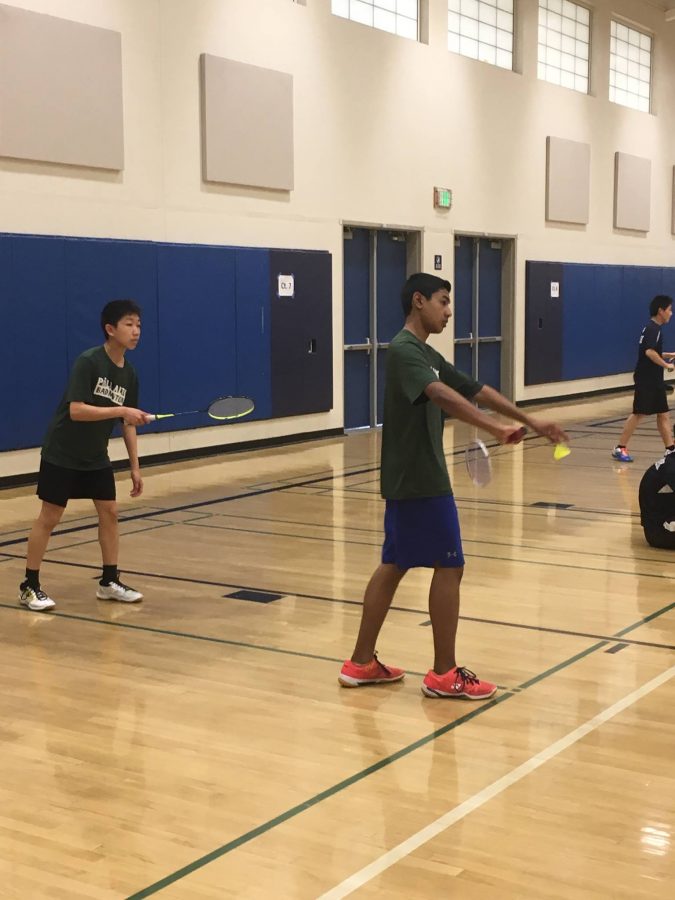 Going into its league match on the road against Lynbrook High School (7-3) on Tuesday, the Palo Alto High School (1-8) badminton team was confident it was going to come out with a win. The team only lost to Lynbrook by a few points in the first match (13-17) and sophomore Jeffrey Mi said the Vikings thought they would beat them the second time around.

“Coming into the match, the team felt really good about our chances of winning,” Mi said. “We knew we had as much talent as they did, and it was just a matter of staying focused and pushing ourselves.”

Unfortunately for the team, it came up unsuccessful in their match as they lost, 8-22.

Although the Vikings lost by 14 points, the match was closer than the scoreboard indicated, as there were many close games that ended up tilting in Lynbrook’s favor.

Mi played a key varsity one doubles match with his twin brother Jonathan, but came up short losing, 1-2.

“The match started off pretty well, but we gradually started playing worse as the game entered the second and third sets,” Mi said.

It was the first match of the season in which the twins played together, and Jonathan said that he enjoyed playing with his brother.

Senior Emily Yu was a bright spot for the team as she was able to beat an opponent she previously lost to, 2-0.

Yu said she performed fairly well but that there was room for improvement.

“Although mistakes were made here and there, those are natural and are something that I should improve on in the future,” Yu said.

Yu thought the team performed well collectively even though the score did not turn out as the team hoped it would.

“As a team, I think we performed relatively well,” Yu said. “There were some unexpected occurrences that tripped us up, but each player performed to the best of their ability and everyone was supportive of one another.”

“I think that there is a lot the team can learn from this match,” Mi said. “Even though we only have one win on the season, we have been competitive in nearly every single match we have played this season and I think that if start playing more consistently in our matches, we will be able to win more.”

“I hope that the team will continue to support each other and continue training to play their best,” Yu said. “Because we have had several close but winnable games, I am sure as the team trains more this season we will be able to close up the gap and emerge victorious.”

The Vikings will take on Wilcox in a league match at 3 p.m. today at Paly.