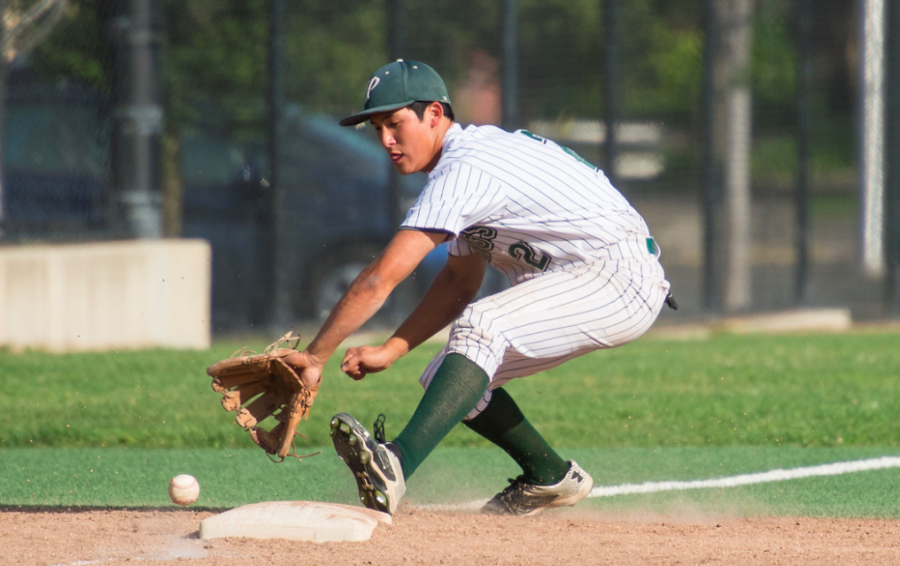 The Vikings struggled out of the gate, allowing Sacred Heart Cathedral to score three runs in the second inning. Paly was only able to put up one run before the sixth inning, before responding with four runs to tie the game up and send it to extra innings. Unfortunately, the Vikings fell short of the comeback win after the Irish scored another run in the eighth.

“We knew it would be a good game because … we just love to play close games,” Cole said. “This is a resilient team with depth and experience that we’re all excited about going into WCAL [West Catholic Athletic League] play. You have to give credit to Palo Alto for sticking around in a game that should have been put away, which is a mark of a good squad, but we managed to have that late Irish magic and come out with a win.”

“The team wasn’t successful because we had a few bad breaks down the stretch and didn’t execute on a few opportunities,” Erickson said. “It’s early in the season though, so we’re not worried about it and we know we’re going to be fine.”

The Vikings head into De Anza League play with a two-game series against the Los Gatos Wildcats (3-1, 0-0), starting at 4 p.m. on Wednesday at Los Gatos High School. The Wildcats are coming off a 6-0 non-league win over the Santa Teresa Saints (0-6, 0-0) and a big win over the Saint Francis Lancers (4-2, 0-0) out of the WCAL.

“The goal in league is to run the table and go undefeated,” Erickson said. “Last year, we lost one game all year in the league against Mountain View in a game we really should have won. We fully believe that this goal is achievable.”