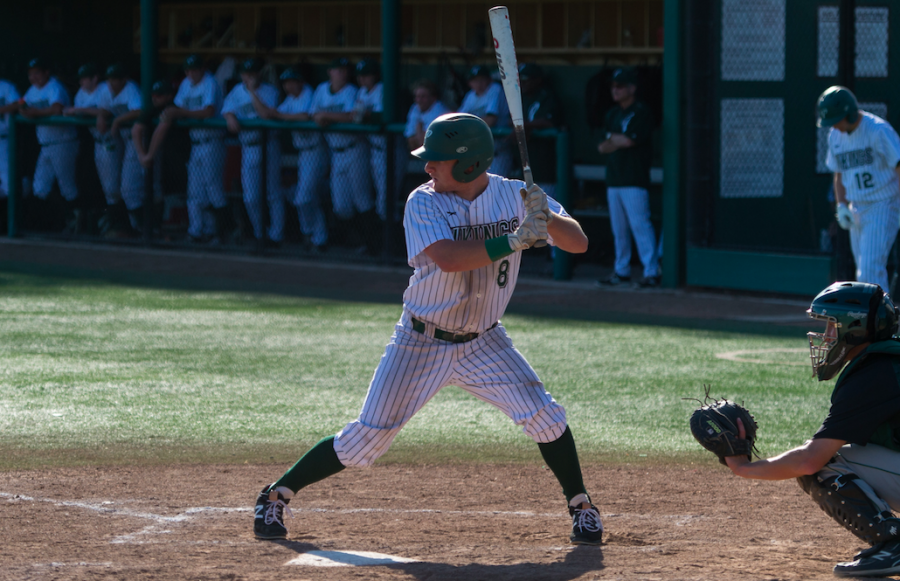 Last Wednesday, unprecedented errors and struggles behind the plate led to such a big loss to Serra. The Vikings were unable to put up a run.

Senior catcher Nathan Willis and senior shortstop Max Jung-Goldberg were the only players for the Vikings with a base hit, hitting .500 apiece.

“It’s early in the season and I think the game was a great test for us to see where we are at so far,” Jung-Goldberg said. “Regarding why we weren’t successful, I think that our at-bats were not as competitive as they needed to be against a team that doesn’t make a lot of defensive mistakes. Our defense was definitely not as crisp as it had been going into the game and we made some errors that were uncharacteristic. [senior pitcher] Niko [Lillios] battled on the mound and I’m really proud of him for not giving in. He continued to compete even when Serra put some runs on the board and our defense wasn’t making plays for him.”

Despite this game, the Vikings have played a consistent and strong preseason, with big wins against the WCAL St. Ignatius Wildcats (2-3-1, 0-0) and crosstown rivals the Gunn Titans (2-3, 0-0) who were relegated to the El Camino League in 2015.

Today, Paly will take on another WCAL opponent, Sacred Heart Cathedral, who are undefeated on the season.

“Our game against SHC is a great opportunity for us to bounce back,” Jung-Goldberg said. “We got after it at practice for the last few days and honestly the loss just gives us more motivation to get back on track. We intend on bringing great energy and a competitive mindset to Saturday and play for each other no matter what. I think if we compete for all seven innings tomorrow and stay in the present moment we are going to put ourselves in a great position to win.”

According to Cole, the Irish need to play a consistent game and limit errors.

“They’re [Paly is] a good team so we need to play a clean game, Cole said. “When two good teams play the little things count. Especially with our team because we like to play them tight, so it should be fun.”

Senior Jonathan Gottlieb will be pitching for the Vikings this Saturday. Gottlieb boasts a 1.17 ERA and one win on the season.

The Vikings will begin De Anza League play against the Los Gatos Wildcats (2-1, 0-0) at 4 p.m. on Wednesday at Los Gatos High School.