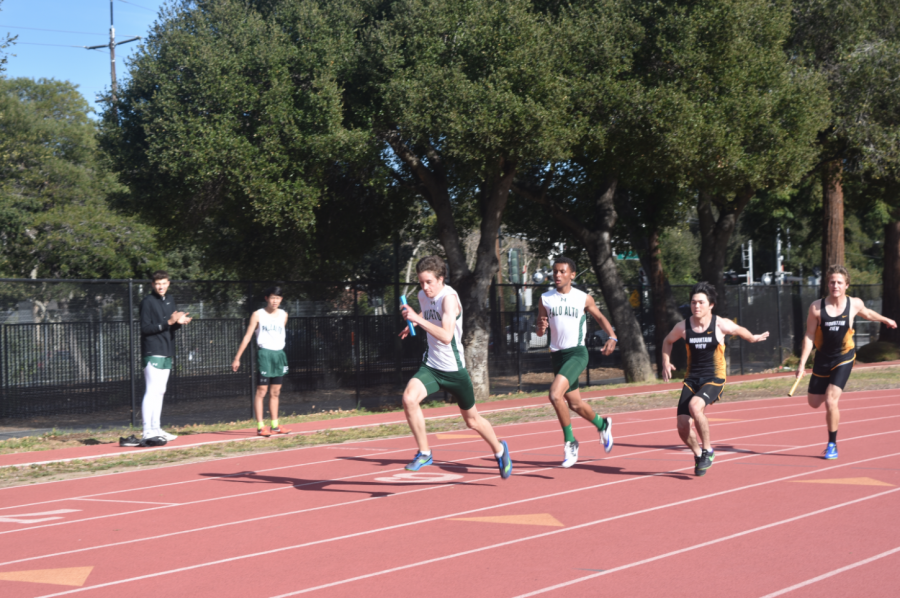 The Palo Alto High School track and field team made a statement in the season opener on Thursday with convincing wins over Mountain View High School from both the boys’ (86-32) and girls’ teams (79-43).

Although Gao finished in second place in two events, he was disappointed in many of his jumps.

“I [long] jumped 20 feet and three inches but I scratched and for triple, I jumped a 42 but I scratched,” Gao said. “I am still pretty upset about it.”

However, despite the fact that Gao’s performance was not as good as he wanted it to be, he was still happy with the team’s overall performance.

“Overall, today is a good start,” Gao said. “I missed three chances to break my personal records but at least it shows I have potential.”

Junior Caroline Elarde finished with a time of 14:03 in the 3200 meter race and said it was a good opening meet.

“Overall the team did really well and started the season off strong,” Elarde said. “There were great performances in both short and long distance, as well as throws and jumps.”

Moving forward, the team is looking to add another win to their record and improve on Thursday’s performance.

“Our next [dual] meet is against Los Altos, which is a strong team,” Elarde said. “The St. Francis Invitational is also coming up, which will give the team competition from around the Bay.”

The Vikings will face off against Los Altos at 3 p.m. on Thursday, March 15. at Los Altos High School.