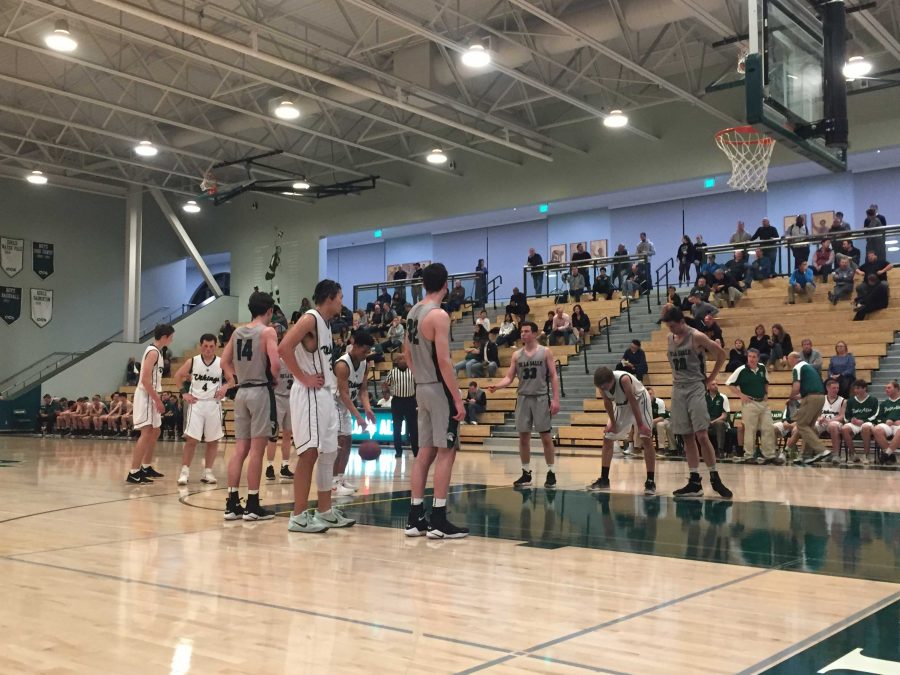 Coming out of halftime, the Palo Alto boys’ basketball team (24-3, 12-0) figured out an easy way to beat De La Salle High School (21-9, 11-2). Just give senior forward Max Dorward the ball and let him take it to the basket. This strategy worked well for the Vikings, as Dorward scored 13 of his game-high 24 points in the third quarter, opening up a 10-point Paly lead heading into the final period. Palo Alto played comfortably throughout the fourth quarter, ultimately winning 62-49 in its Division I CIF State Boys Basketball Championships first round game.

According to Dorward, he just needed to change his mindset coming out of the break.

“I started being more aggressive in the open court and got easy buckets in transition,” Dorward said. “Taking it the basket also got me foul calls so I was able to get easy points off of free throws.”

The Vikings and the Spartans traded baskets early, neither team able pull away. De La Salle pressed out hard on Paly, forcing late shot-clock shots by the Vikings. On the other end, the Spartans utilized quick ball movement to create dribble penetration and short jumpers.

De La Salle senior Justin Pratt kept the Spartans within striking distance in the first half, scoring 13 of his team-high 22 points in the first two periods.

“We knew they had a main guy and a few role players we would have to stop defensively,” Dorward said. “We did a good job helping off on drives to make sure they didn’t get easy buckets.”

Going into the break up five, 27-22, the Vikings came out with a reinvigorated sense of energy. De La Salle’s pressure felt vulnerable and Paly was able to get to the rim with relative ease. After a number of baskets by Dorward, Paly led by ten points and never looked back.

With the win, the boys advance to the second round of the Division I CIF State Boys Basketball Championships. Up next for the Vikings is No. 1 seeded Heritage High School of Brentwood, CA.

“We know Heritage is the No. 1 seed but that doesn’t phase us,” Dorward said. “Last year we went to Dublin and beat them as the underdog. They’re an athletic team and press the entire game so we’ll work on handling the ball and making the most of every possession.”

Paly plays in an away game at 6 p.m. Saturday at Heritage High School.