Reprimand and rebuttal: Diorio fires back 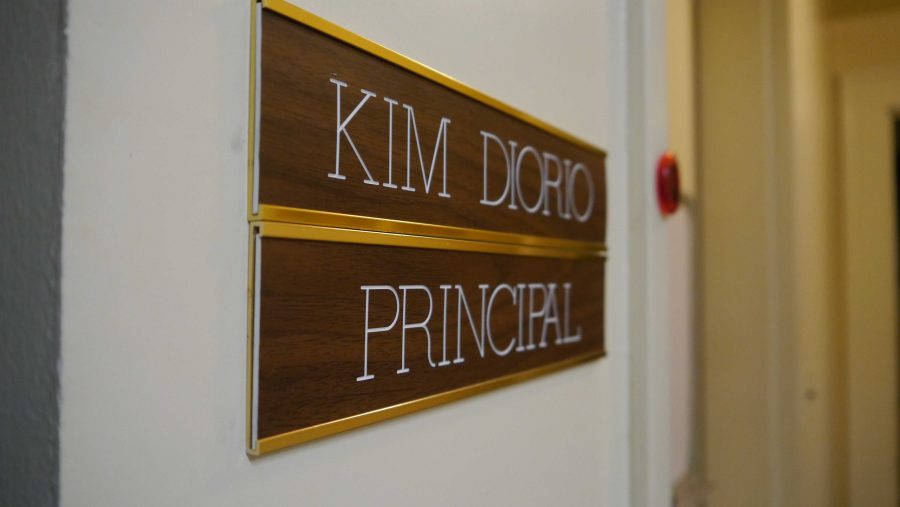 While Palo Alto High School Principal Kim Diorio is on medical leave, she is responding to district criticism regarding her handling of a on campus sexual assault allegation in 2016. In her response, Diorio emphasized transparency as well as continued progress for the Paly community. “Now, more than ever, our students deserve better,” Diorio stated.

After a day of critical news reports, Palo Alto High School Principal Kim Diorio is pushing back against her critics and the Palo Alto Unified School District with a response to a formal disciplinary notice regarding her handling of a sexual assault report in 2016.

After receiving the letter of reprimand from Interim Assistant Supt. of Human Resources Anne Brown on Jan. 11, Diorio took a proactive approach to requests for her disciplinary records, releasing to Paly student news publications a copy of both the official letter and her formal response. By doing so, Diorio — who is on an extended medical leave and hopes to return to school later this spring — hopes her transparency will provide new insight into the situation. The Paly Voice published the letters at the bottom of this page.

“I have a goal that you should always hear about major school news from me first before you read it in the press.” Diorio stated in her email to Paly staff, shared with The Paly Voice and The Campanile late today. “Our administrative team has acted with integrity, character and professionalism, despite the personal attacks, harassment and threats we’ve endured.”

The letter of reprimand details what the district refers to as Diorio’s specific failures to follow protocol after a report of sexual assault on campus in October of 2016. Following a consequential Office for Civil Rights investigation that alleged neglect of Title IX procedures, multiple school officials have come under fire for their inaction, including former Supt. Max McGee and former Title IX Coordinator Holly Wade.

The letter states that “under Diorio’s leadership,” school administration failed to provide the Complainant with “the full range of procedural options available under Title IX, state law, Board policy and administrative regulations.” It lists 11 criticisms of Diorio specifically, as well as six recommended courses of action. Gunn High School principal Kathie Laurence, who worked as an assistant principal at Paly in 2016, received a similar letter from Brown in November.

Diorio responded to the disciplinary notice in a Jan. 29 letter to the district where she stated that the allegations were taken out of context. She cited an excerpt from the Cozen O’Connor report, which notes that “Assistant Principal 1 took appropriate initial steps to triage and identify the nature of the concerns raised by the Complainant, but the District did not conduct a thorough, informed, or reliable investigation required by Title IX, state law and Board policy.”

Diorio also addressed Brown’s recommendations, stating that all of which had been “implemented over the past ten months.” In addition, Diorio stated that administration will “continue to make other improvements above and beyond what was mentioned in this letter.”

“I want to make sure you are all aware of the work that’s been done to provide an even better learning environment for our students,” Diorio stated. “The district has hired Megan Farrell, our dedicated Title IX coordinator.  Creating this new position alone will ensure better coordination of the district’s efforts to comply with federal and state civil rights laws, as well as investigate complaints and ensure district compliance.”

In summarizing the Cozen report, Diorio said that the firm indicated fault should be directed towards PAUSD’s deficient policies, protocols and implementation. According to Diorio, the school administration followed these directives and should not be blamed for doing so.

The Cozen report stated that although the school had “responded admirably” it did not follow the guidelines of a formal investigation under the UCP.

“Outside counsel and the Title IX coordinator provided erroneous information to the School making it impossible to to comply with the letter of the Title IX,” Diorio stated.

Throughout her response, Diorio emphasized her commitment to improving the school’s Title IX reporting system in the future, a theme echoed by Assistant Principal Jerry Berkson in a Wednesday evening conversation with The Paly Voice.

“Both [Diorio and Laurence] are trying to look for the best way to support students,” Berkson said.

“Now, more than ever, our students deserve better,” Diorio stated.