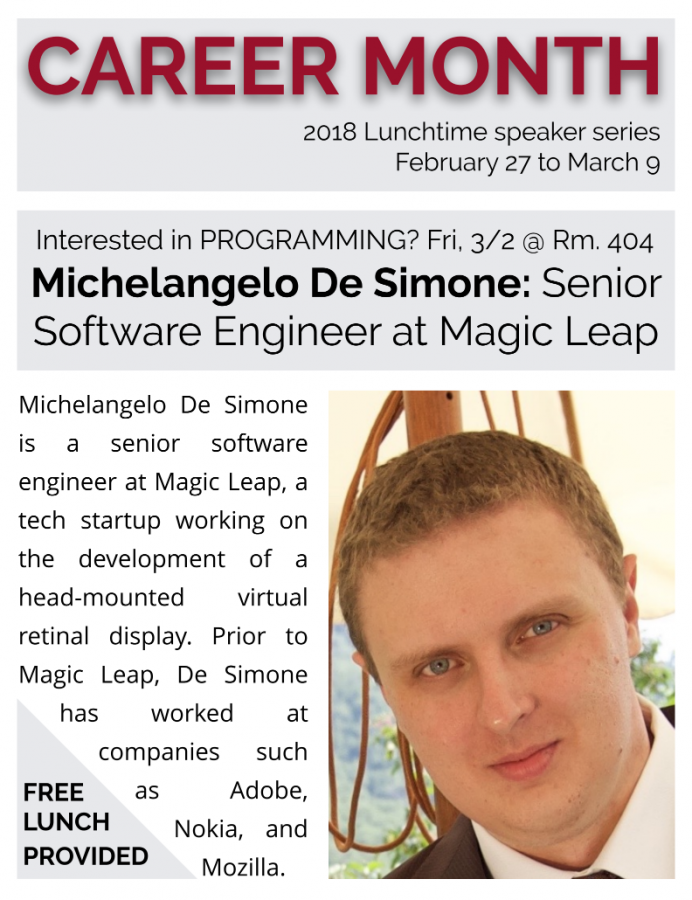 After trying a wide variety of activities, some students find it difficult to decide which career path would fit them best. Palo Alto High School’s speakers on Day 4 – immigration attorney Marcia Perez and software engineer Michelangelo de Simone – explained how they got to where they are today, and give students advice on how to find the career path right for them.

Perez is a graduate of San Francisco State University, which she believes is “a very politically active institution”.

During the time period, she participated in various political activities around San Francisco. Perez described one instance where undocumented vendors were being arrested. She and some other classmates protested the issue, and ultimately were able to obtain licenses for some of those vendors to continue their work.

According to Perez, her job takes on extensive analysis, writing, and public speaking to win a case. She advises students who want to take a similar career path to study extensively in politics, history, debate, and philosophy.

“My first experiences with coding began even before the Internet existed and when the Web was still in its infancy,” de Simone said “I learned to code from other people on a service called FidoNet, where I would ask questions but get answers in maybe eight to ten days.”

Afterwards, de Simone received a bachelor’s degree in computer science and went on to work for Nokia, Mozilla, and currently, Magic Leap, accumulating decades of experience in the process.

“From my experience, I’ve kind of discovered that in coding, the environment is very hectic,” de Simone said. “Whatever you may being doing now may be obsolete tomorrow. But despite that the work you’ve done will teach you and motivate you to do better.”

De Simone also gives advice to those who were interested in becoming software engineers themselves.

“I think the most important thing for people to keep in mind is that software engineering is not just coding,” de Simon said. “Things like communication and collaboration with your peers are essential to success. Some people get so caught up in their work that they forget that they have peers who can help them.”

The second week of the Career Month speaker series began today with speakers Joseph Okpaku and Gregorio La Rosa. Okpaku is the VP of Public Policy at Lyft, and La Rosa is the owner and CEO of ECR Laboratories.