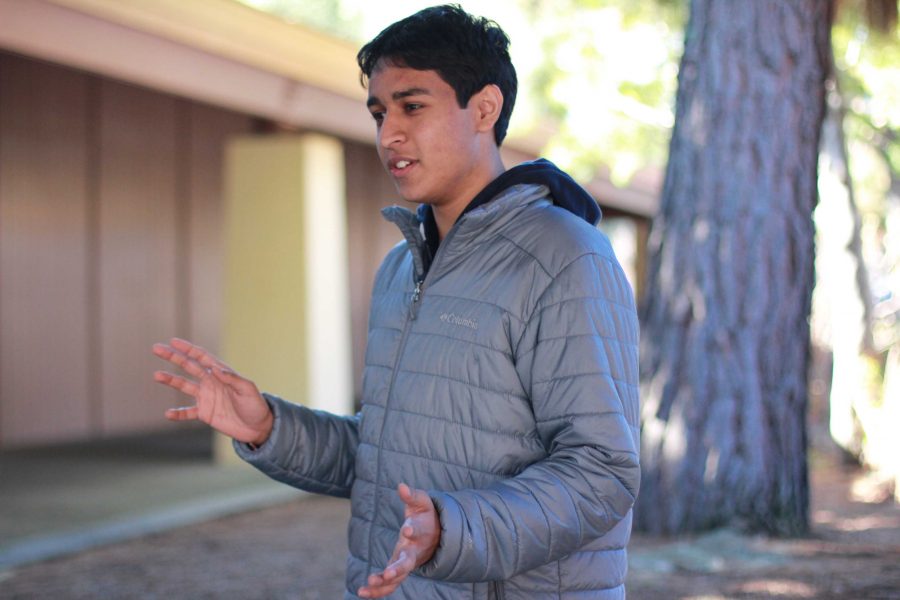 Singhal competed as part of Team USA, which placed first overall with 93 team points and two gold and silver medals, according to a Facebook post by Po-Shen Loh, the coach of the USA International Math Olympiad Team.

While Singhal has participated in his fair share of highly selective math competitions over the years, this is his first time representing Team USA.

“It’s pretty cool to be representing the US at a competition,” Singhal said.

Singhal’s journey to Team USA began with the American Mathematic Competition, a test all students in the highest math lane at Paly take annually. He then took the American Invitational Mathematics Examination and competed in the United States of America Mathematical Olympiad.

According to Singhal, as one of the USAMO’s top 55 scorers, he was invited to an elite summer camp, where students take a test known as the TSTST. The top 25 scorers on this test then take six tests known as TSTs. The top four combined scores from the first two TST tests and the TSTST determine the Romanian Master of Mathematics team.

The USAMO is similar in structure to the Romanian Master of Mathematics competition, in that the competition takes place over two days; each day, the team of four works on three problems over the span of 4.5 hours.

According to Loh, this year’s problems encompassed many different fields of mathematics, ranging from calculus to combinatorics.

Singhal has been exposed to several aspects of mathematics since his love for mathematics blossomed at a young age, when his parents provided him with materials and acted as his first math instructors.

According to Singhal, his favorite topic is combinatorics, which is a branch of mathematics that deals with counting.

“I like that it’s built from almost nothing,” Singhal said.”It’s incredibly simple but complex at the same time.”

Singhal said he hopes to pursue mathematics beyond high school and will translate his experiences in such competitions to his next endeavors.

“I’m not really sure what my future plans are yet but I definitely want them to involve math,” Singhal said.