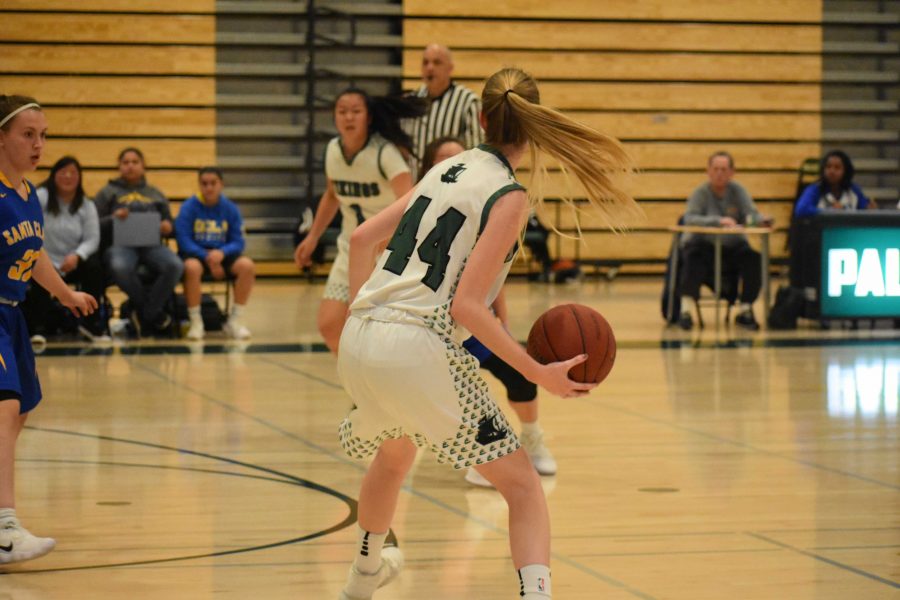 Paly is entering the CCS Division I playoff quarterfinals at 2:45 p.m. today at Santa Clara High School. Their first opponent, Carlmont High School (19-7, 8-4), beat the Vikings during pre-season, but senior guard Carly Leong and junior guard Ellie Jeffries are ready for a rematch.

“We lost the first time we played this team, so I’d really like to play them again,” Jeffries said.

If the Vikings advance into the semifinals, they could potentially play Menlo-Atherton High School (19-8, 11-1). Menlo-Atherton, which is in the South Peninsula League, has won 11 league games and holds the top ranking in playoffs, according to MaxPreps.

Despite the tough competition, the Vikings are optimistic that their hard work will pay off. The Paly girls’ team won the CCS Division I tournament last year and hopes to grab another victory with this year’s younger team.

“For a lot of people, it’s their first CCS playoffs,” Jeffries said. “It’s really cool and fun for them to be in this position and this high of a seed for their first CCS championships.”

“We had a whole week of practice,” Leong said. “We have been working especially on our defense and our rotations.”

The Vikings are ambitious to win the championship again. For now, however, the team is taking it one game at a time.

“Of course, I would love to win CCS, but right now, my goal is getting past Carlmont,” Leong said.