How prepared is Paly for a school shooting? 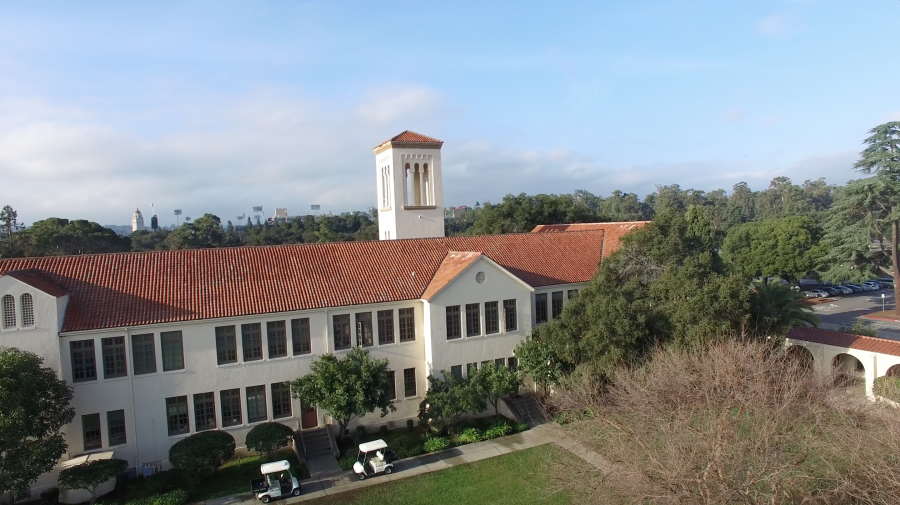 How prepared, really, would Palo Alto High School staff and students be in the case of an active shooter situation? In the wake of the school shooting in Parkland, Florida, that resulted in the deaths of at least 17 people, it’s a relevant question that should, in an ideal world, elicit an unambiguous “very much so.”

Unfortunately, it’s a bit more complex than that: The consensus seems to be that Paly has implemented several safety measures that have improved security, but a host of uncontrollable variables makes it difficult to say with certainty that Paly is fully prepared.

“I think we’re as prepared as we can be, and we continue to work on getting better,” Assistant Principal Jerry Berkson said. “But I don’t think you’re ever 100 percent prepared.”

“A lot of it is instincts and just making — hopefully — the best split second decisions,” Berkson added.

Donna Korn, a school board member in Broward County, where the Parkland shooting occurred, told USA Today on Wednesday that security measures and training at Marjory Stoneman Douglas High School appeared to not suffice.

“Those active shooter trainings are done for our staff and our administration, and then there is also a level of it for our students themselves,” Korn told USA Today. “We’ve got the people prepared, we have prepared the campuses, but sometimes people still find a way to let these horrific things happen.”

Following the Feb. 2012 shooting at Chardon High School in Ohio, Paly students said they felt the school wouldn’t be ready in the case of a shooting. Erin Angell, an English teacher, then told The Paly Voice she did not think Paly was prepared, particularly from a “facilities perspective.” Since then, however, Paly has placed lock-blocks into classrooms, which, unless extended, lock the doors from the inside. The school has also made tinted windows available to teachers at their request. In addition, Berkson said campus supervisors are generally more “aware” of who is on campus.

In a email on Friday, Angell said she thinks these lock-blocks and tinted windows have “improved Paly’s preparedness.”

“I think the next step is for everyone to follow lock-down protocol consistently and with fidelity,” she wrote.

Despite the implementation of safety precautions at Paly, one particular situation in Parkland made the circumstances more complex: The suspect reportedly pulled a fire alarm to draw students out of their classrooms and create maximum damage. “I don’t know how to get around that,” Berkson said.

Sergeant Eric Bulatao of the Palo Alto Police, who helps train officers for “code red” scenarios, said that the police department trains yearly on active shooter scenarios, and that every officer is trained for such a situation. Though he said he could not speak to the specifics about Paly’s preparedness, he did say that local police officers, the fire department and surrounding agencies are “well-prepared” to handle an active shooter scenario at a school.

He also reiterated the idea that while the police can help train people, it is ultimately up to the staff and students to execute the lockdown tasks, such as barricading the doors and remaining silent in classrooms.

“You need to collectively, as a student body, take the training seriously and train like it’s real every time,” Bulatao said.

Bulatao also noted that the Palo Alto Unified School District has been more “open” to receiving training than have other districts.

Although Paly holds annual code red drills for students, they typically take place on minimum days, on which student attendance has been consistently low. On Tuesday, the Palo Alto Police Department came to talk to Paly employees about safety protocol in a code red scenario.

To prepare for the worst, Berkson advised that students be aware of their surroundings on campus, but also encouraged students to not be hypervigilant about a shooting or another comparable situation. In the case of an active shooter, however, Berkson said students should run, hide if unable to run, and fight if unable to hide.