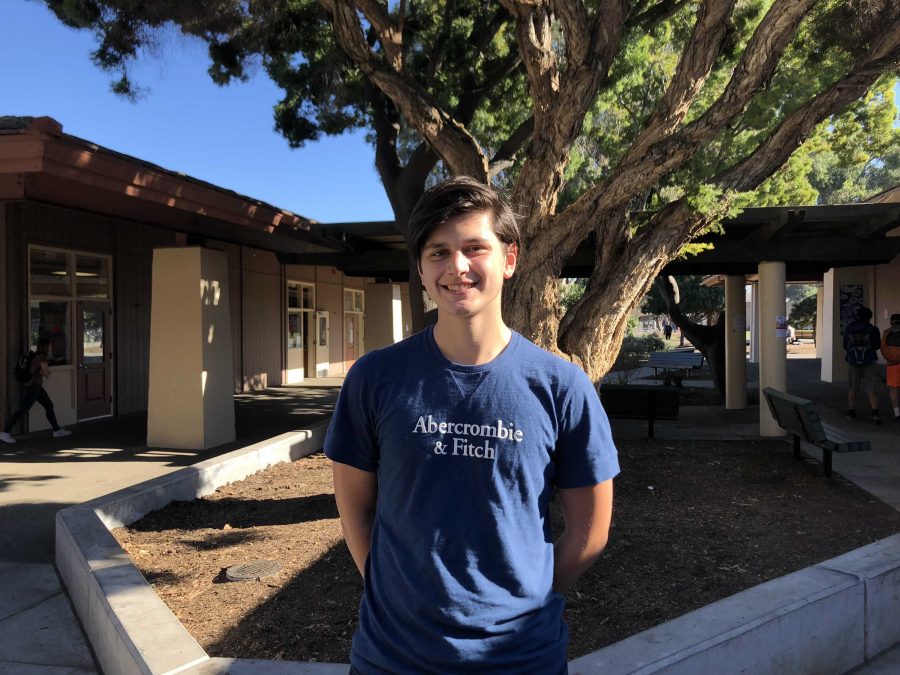 Magnusson, a defender, sat down with The Paly Voice to discuss his experience  as a foreign exchange student.

The Paly Voice: Victor, tell us about your general experience so far of being a foreign exchange student in the U.S.

Victor Magnusson: It’s pretty great because all Americans are very open minded compared to [people in] Sweden. I think it’s going really well so far; I have a lot of friends and I’m having a great time.

PV: What’s your favorite thing about your experience here so far?

VM: The soccer is a lot of fun, especially in high school. We don’t have those kinds of sports in Sweden such as high school soccer or high school sports so I think that it is the greatest experience so far.

PV: Did you play a lot of soccer in Sweden? And if so, what is the difference between soccer in the U.S. and in Sweden?

VM: Yeah I played a lot of soccer in Sweden. I think it is more serious here. In Sweden they don’t play so seriously but I kind of like it here more.

PV: What’s your favorite part about soccer at Paly?

VM: I like the bus rides to the games. There’s always some pretty good spirit. And the games are pretty fun, even though I sit on the bench pretty much the whole time. But it’s fun to play. It’s much tougher here than in Sweden because there’s more running involved here.

PV: There’s a spider on your jacket.

PV: Is there anyone you’ve grown close to either on the soccer team or someone else in the school community?

VM: So my closest friend is probably the other Swedish guy named Valter [Levander]. He’s a striker on the team and probably the best player we have. He gets injured a lot so that kind of sucks.

PV: So tell us a bit about your host family.

VM: So I’m staying with a host family of three. I was supposed to be in Nebraska first, in a town with 400 people, but my parents weren’t so happy with that. My cousins live here in Palo Alto and I was going to live with them at first, but there is a rule that I can’t live with relatives so I asked their neighbors if I could live with them for a year and they were totally cool with that.

PV: What inspired you to participate in the foreign exchange program?

VM: Mostly because my English was so bad. It was like really bad and I wanted a different experience. I also always wondered how the U.S. works because I’ve heard such great things about it and how people are more open minded here. Also, my mom lived here for a year or so and she told me it was a lot of fun. She went to Paly too during her freshman and sophomore year. She said that she had a great experience so I kind of wanted to try it out.

PV: Did it live up to your expectations?

VM: Yeah it did, its been really great so far.

PV: Alright. Well, thanks, Victor and keep up the good work!