Girls in STEM panel draws international audience to the MAC 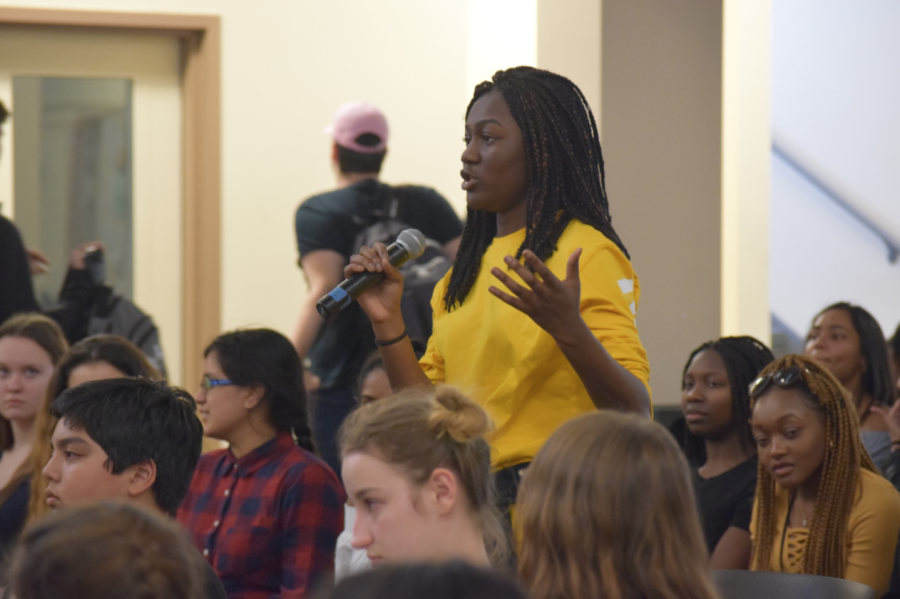 Audience members at yesterday’s Girls in STEM panel included computer science students from the Townley Grammar School in Bexleyheath, England, who visited the Media Arts Center to learn more about their area of study from women in the industry.

“It’s an experience that will hopefully inspire them to consider tech as a career,” deputy head teacher Navita Pandya said. “We find that this visit to Silicon Valley, which we now have been doing for seven years, has had a massive impact on our student numbers taking computer science up to a higher level.”

The panel featured four women from Google and one from Stanford. Palo Alto High School junior Sufi Kaur, who co-founded the Girls in STEM club at Paly, said that the club organized the event to highlight the possibilities of STEM related jobs.

“The purpose of this panel is to really show people what a career in STEM can be after high school and how it isn’t really confined,” Kaur said.

According to Townley student Jessica Udeh, students on the trip have selected computer science as an option for their General Certificate of Secondary Education, a qualification path for students in the United Kingdom.

Collwin Bevan, a 13th year student at Trawley, said that his school has already attended many talks and presentations on computer science.

“I thought it was pretty good how you [Paly] got actual people in the industry in, talking about their experience and work and how they managed to get themselves where they are today,” Bevan said.

According to Pandya, students benefit from the exposure to computer science opportunities in Silicon Valley as they transition into more specialized classes. At age 16, students at Townley select their A levels, or subjects they will pursue at a higher level.

“They choose either three or four subjects to study at an advanced level,” Pandya said. “So ideally, we would want them to choose computer science and then to consider it as an option for the university.”

After receiving presentations from Girls in STEM and the Paly robotics team yesterday, the Townley Grammar School will continue around Silicon Valley, visiting Facebook, Amazon, Microsoft, Adobe and Google, according to Pandya.