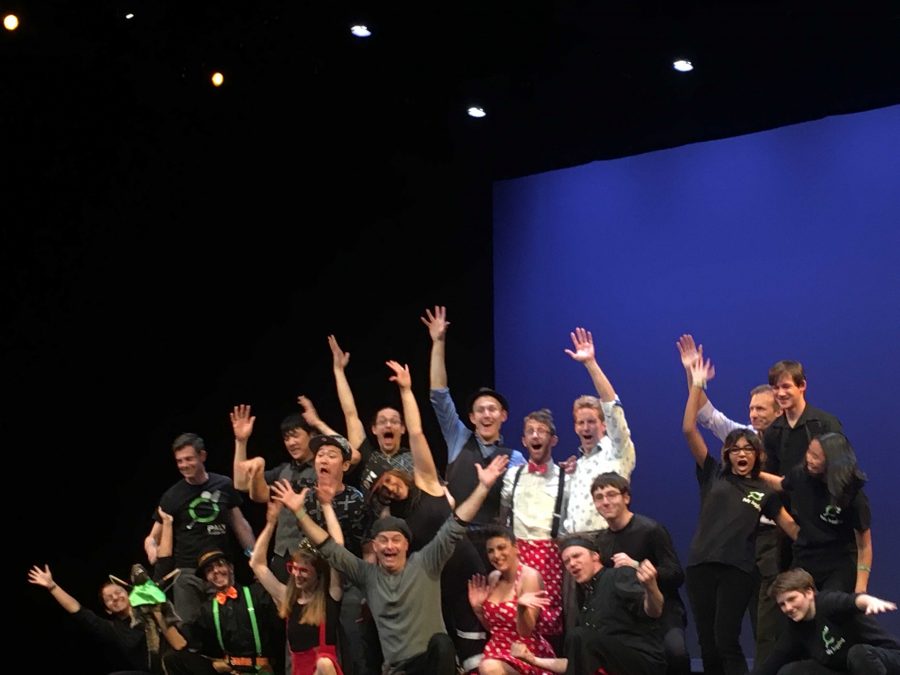 What do a flaming toilet plunger, a stun gun, and a stick with mouse traps have in common?

Other performers included Chris Garcia using a diabolo, which is like a two-headed top balanced on two sticks with strings on them , Chris Murdoch with contact juggling, Bri Crabtree juggling her hat, David Pham with cigar boxes, Wazao Igarashi with kendama tricks and Jeremiah Johnston with illuminated L.E.D juggling and image poi.

After intermission, Paly’s own Japanese teacher and Student Activities Director Matt Hall took to the stage to juggle tennis balls. He was followed by the Cause and Effect Circus, Erin Stephens and her act “Kicking It,” Twisted Orbit, Kevin Axtell with fire juggling and then The Passing Zone.

“I think it [Game of Throws] was a smash hit,” Ma said. “It went way beyond my expectations, especially the gala show, considering we sold out.”

The show’s headliners, The Passing Zone, closed off the second act. The Passing Zone were semifinalists on America’s Got Talent in 2016 and also appeared on the show in 2006. The duo, comprised of Jon Wee and Owen Morse, performed a signature act in which they juggled three dangerous items on top of a special guest.

Wee and Morse chose Paly’s Assistant Principal of Operations, Jerry Berkson, as the special guest. As one of them juggled a flaming plunger, stun gun, and stick with two rat traps attached over Berkson, the other jumped over the two, caught the items and continued to juggle them.

The act was met by deafening applause and then rounds of applause for all the performers to close off the show.

“It’s really nice that it came together so well to see the club’s hard work pay off,” Ma said.

Click below to see a compilation of photos from the event.