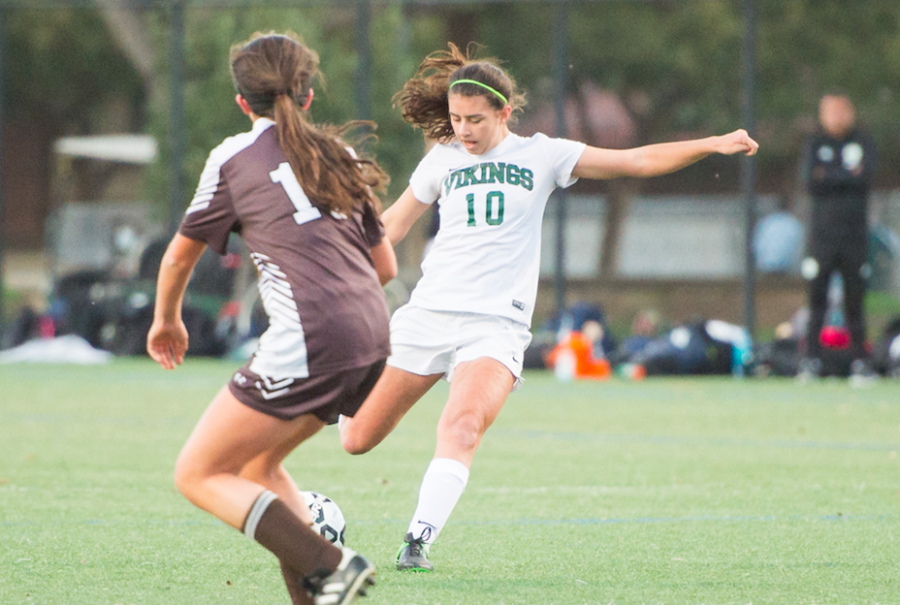 Paly looks to end the Spartans unblemished record and get back on top of the De Anza League at 3:30 p.m. tomorrow at Mountain View High School.

According to senior captain and midfielder Emily Tomz, the team needs to stay mentally and physically tough.

Chief among the Vikings’ concern will be Spartan senior forward Lucy Tang and senior captain and midfielder Bethan Parry. Tang leads the squad with 15 goals and 10 assists and Parry adds an impressive 19 assists and nine goals.

According to junior midfielder Leela Srinivasan, the Vikings’ pushed through tough moments against the Wildcats.

“The win against Los Gatos was really tight,” Srinivasan said. “The last five minutes were really intense since we were only up by one goal. We were fortunate that we got two goals early on in the game to keep us in the lead.”

In the home win against the Wildcats, senior captain and defender Ally Scheve and junior forward Claire Moley scored a goal apiece.