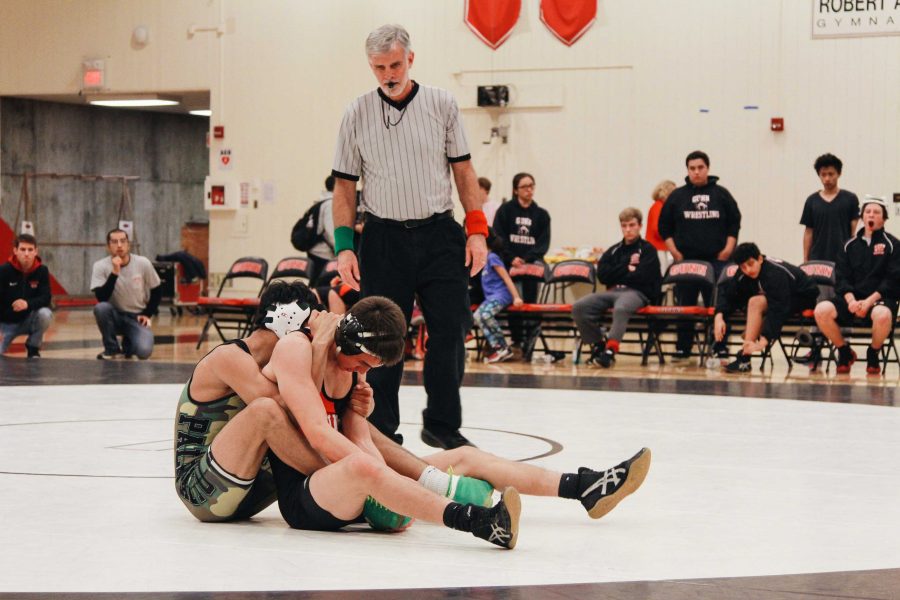 Paly has moved up from the El Camino Division to the De Anza Division this year, and faced Gunn for the first time in two years. The last dual meet in 2016 resulted in a 52-28 victory for Gunn, according to Paly Athletics.

“We’ve had our ups and downs, but I think we’re doing pretty well now,” sophomore Alexandra Lee said. “We’ve come back this season. The intensity is back.”

According to junior Tyler Weaver-Escobar, the strong performance on the mat was well-deserved, as the team has been working hard to make a comeback.

“For the past few days, a lot of people have cut down [on their weight] so that they can make [certain] weight [classes],” Weaver-Escobar said before the match. “We’ve been turning up the heaters like 100 degrees and wearing three layers of clothing, while drinking almost no water to cut down.”

To prepare for the meet against Gunn, the team also changed its strategy to pinpoint the Titans’ weaknesses.

“We have been practicing a lot of the moves Gunn likes to do on the defense, how to counter them [and] how to take advantage of them,” Weaver-Escobar said.

The Vikings’ end goal is to make it to the Central Coast Section tournament in February.

The next match will be the MidCals Tournament at 9 a.m. Friday, Jan. 27, at Gilroy High School.