Preview: Vikings to face Gunn in first rivalry game of the season 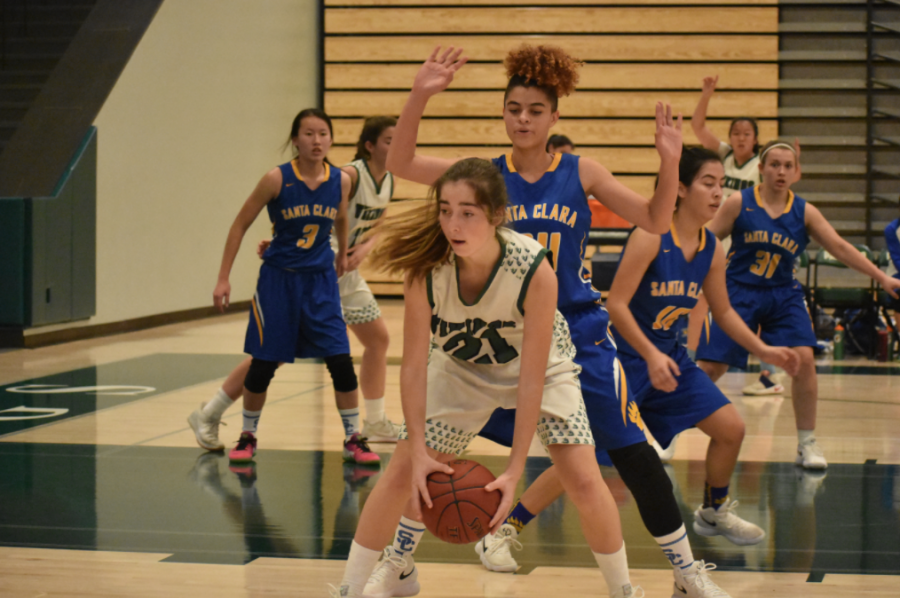 After years of commutes to distant gyms even for home games, Palo Alto High School basketball players and fans will finally be able to experience a cross-town rivalry game against Gunn High School on Paly campus.

The Paly girls’ basketball team (7-5, 1-0) is set to play Gunn High School (2-10, 0-3) at 4:30 p.m. this evening in the Peery Family Center. The game will be the first basketball match-up between Gunn and Paly in the new gym and will follow the boys’ basketball game against Gunn. With two successive rivalry games on the same day, Athletic Director Therren Wilburn anticipates a big crowd.

“A lot of the students that go to both Paly and Gunn went to the same elementary and middle schools,” Wilburn said. “So I think any time you get that cross-town rivalry is always a good atmosphere and great energy.”

According to junior forward Lauren Daniel, games against Gunn are highly energized.

“It is always a competitive game,” Daniel said. “We beat them both times last year and that meant that the seniors on the team were undefeated against Gunn in their high school basketball career.”

Freshman guard Carly Martin is excited about her first game against the rivals.

“I definitely think that the fact that we are playing Gunn will make us even more determined to win,” Martin said.

Hoping for a victory against the Titans for the sixth year in a row, the Vikings have been intensely preparing for the widely-attended game.

“This season we have been focusing on being physical and getting offensive rebounds, so that will most likely be one of our main focuses for the Gunn game as well,” Daniel said.

If the Vikings win the game, they will maintain their undefeated streak in league play and their lead in the De Anza girls’ basketball standings, according to MaxPreps. After the Gunn game, the Vikings will continue league play against Los Gatos High School (8-6, 3-0) on Friday.