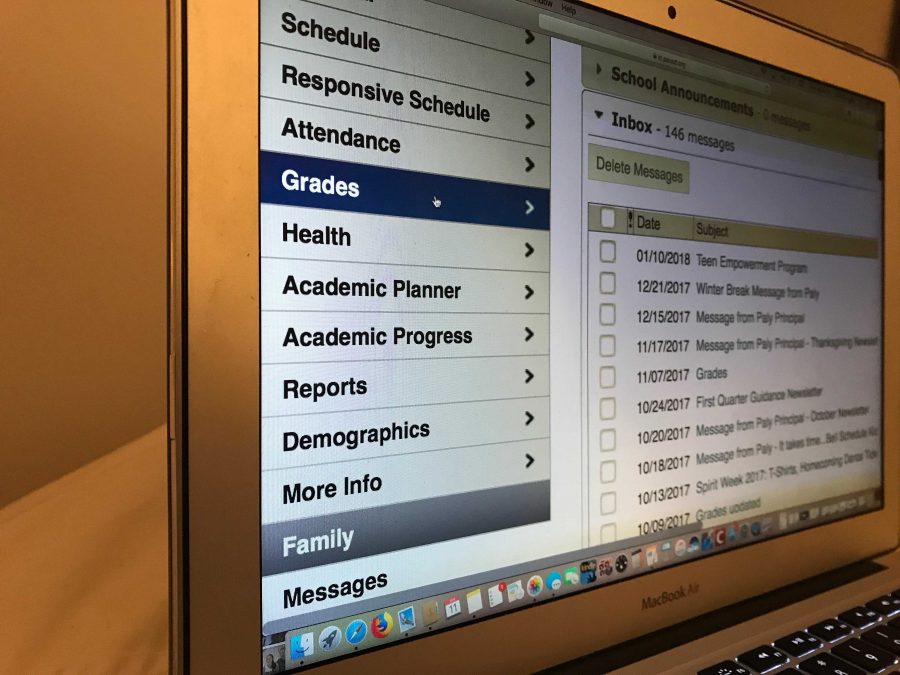 Even before last semester’s final exams ended, students who hovered over the Infinite Campus reload button awaiting their grades received no closure over their recent test scores.

Once again, the Palo Alto High School administration disabled the “Grades” feature on Infinite Campus over Winter Break, so students remained unaware of their final exam scores and overall class grades until the day before school resumed.

Although the gradebook obstruction is a justified attempt at countering grade dependency, in reality, it created more stress for students in the long run. The uncertainty and confusion over grade release dates often weigh heavily on students and hinder an otherwise relaxing break.

“Some of my friends were even more concerned and couldn’t enjoy the break because they were just worried about their grades the whole time,” freshman Jace Purcell said.

The grade inaccessibility is especially stressful for students with borderline grades prior to their final, where a one or two point difference on the exam could be the determining factor between an A and a B. Without knowing what their scores, these students are left in an awkward limbo between grades for over two weeks.

“It’s just very stress-inducing because you want to get your grades,” sophomore Ella Jones said. “Otherwise, you’re just worried about it for the entire two weeks.”

Another issue with turning off the “Grades” feature is that some students received notifications saying their grade was posted, but were still not able to view it. Knowing that the grade had been updated and finalized, but not having access to the percentage or letter grade, is often extremely frustrating.

Some argue that once students understood the system, they stopped constantly looking for new grades, reducing stress. According to Assistant Principal of Operations Jerry Berkson, administration has implemented the grade blocking system for many years.

While the system certainly prevented incessant grade checking, administration fails to understand that unknown grades are never far from students’ minds. Ending the uncertainty earlier could provide a source of relief for students.

It also may seem that leaving the “Grades” tab open over break would make teachers feel obligated to update grades; however, this is not the case. Many finals are multiple choice and teachers could easily enter scores as soon as the exams end, which would not impede their break and would give students closure. For finals that require more time to grade, teachers could update the grades as they see fit, and perhaps could notify students of the date the finals would be posted.

“The teachers are either going to input them [grades] or not; a lot of teachers, the sooner they get their grades done, the sooner they can relax,” Berkson said. “But they’re not obligated to do it.”

Furthermore, even if teachers do not plan on updating grades over the break, there is no harm in leaving the “Grades” tab open for those students who would feel better if they were able to check.

Students need less time waiting for access to grades and more time preparing for a fresh start in the next semester. School action against stress is definitely needed, but blocking access to grades during Winter Break creates more anxiety for students in the long run.

Check out the other perspective on this issue here.