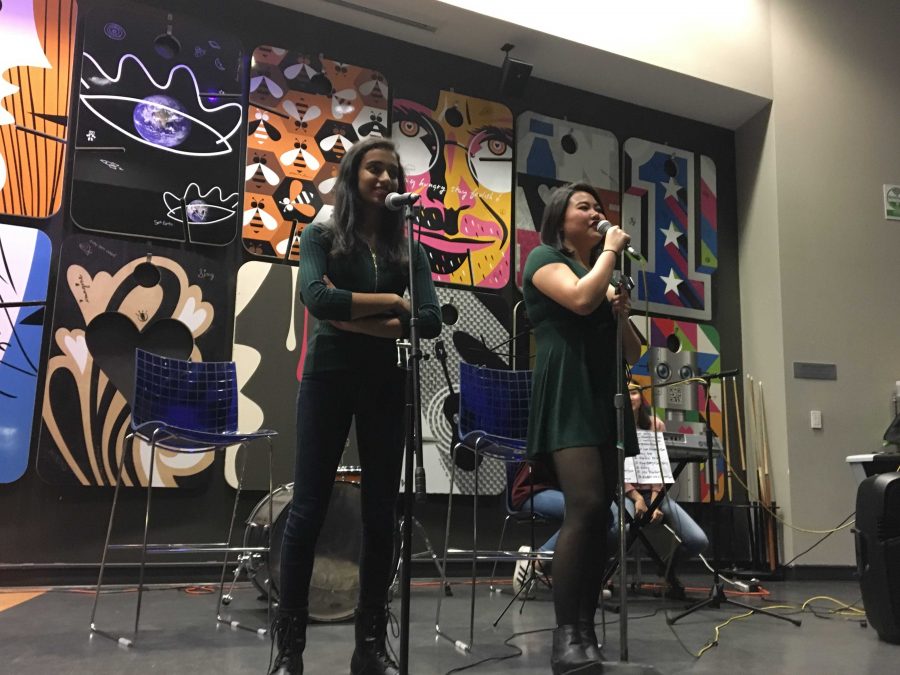 The variety of performances at the event helped make it successful, according to TAC President Nandini Relan.

“I enjoyed performing, and I enjoyed all the other performers,” Relan said. “We had really good variety, I think they [the performances] were all a really good length.”

“It [the event] is a super great opportunity to meet new people and also for people to perform in a low stakes setting because of the supportive environment,” Zhang said.

This atmosphere provided a space for performers, such as Palo Alto High School junior Caity Berry, to go up in front of an audience without pressure or judgement.

“Honestly the decision to perform was kind of made on a whim, just because I love any excuse to play the ukulele,” Berry said. “Even though I was super intimidated at first to perform after hearing all the other amazing performers, I was really glad I played something because it was a super accepting environment and there was no pressure to do super well.”

Due to high attendance at TAC’s last event, the number of performers was capped at 25. However, according to Relan, this did not end up being a problem.

“We didn’t have to reject anyone, so that worked out perfectly,” Relan said. “We also had a number of people cancel, so the number of performers worked out really well.”

Next semester, TAC plans to continue organizing events for the teens in Palo Alto, according to Zhang.

“We have another clothing swap coming up in January, and we’ll have another Point B Poetry jam which is a super cozy and chill event,” Zhang said. “We have two more open mic nights as well coming up, and finally we have a huge art and music festival called Buoyancy in June with rides, food trucks, live performances from teen bands.”