Girls’ soccer remain undefeated as they triumph over Saint Francis 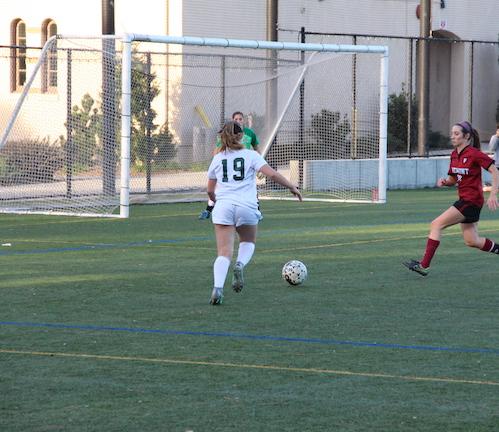 The Vikings showed early dominance with a strong offensive performance in the first half, as senior defender Isabella Bonomi pushed the ball up from the half-line to the front of the goal as sophomore forward Frida Rivera scored, giving the team a 1-0 lead.

Both teams came out aggressively in the second half to advance the ball towards the goal. Senior midfielder Emily Tomz led the attack for the Viking offense but ultimately came up goalless in the second half as she came close to the goal only to be challenged by a Lancer.

“It was a tough game and Saint Francis is an excellent and very technical team, but we were able to hold our ground and keep pushing forward throughout the game,” Tomz said. “Our defensive line did an especially good job in the second half, winning tackles and tracking back.”

The Vikings are set to play at 1 p.m. Saturday against Archbishop Mitty High School (1-0-0) in a non-conference away game.