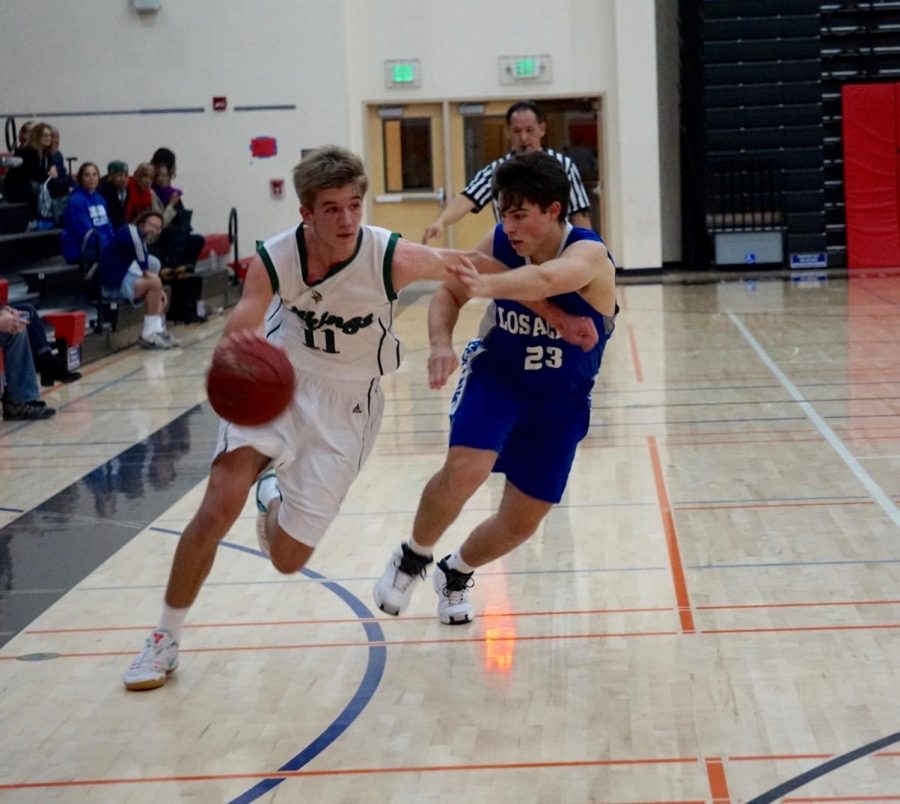 There was a magical aura surrounding the Palo Alto boys’ basketball team while it dominated the Central Coast Section and then the CIF State Basketball playoffs last March. As the ninth-seeded team in the tournament, Paly was not expected to win any games. However, riding their momentum from a mesmerizing buzzer-beating win over Los Gatos High School in the CCS Division I championship game, the Vikings lived a Cinderella story for two weeks by winning three games and advancing to the semifinals of the state tournament before finally losing to James Logan High School, 65-61.

According to head coach Peter Diepenbrock, the Vikings will try to build upon their success from last year.

“We will just try and use the experience a lot of the seniors have gained over the last 2 years,” Diepenbrock said. “And our focus will be on executing our half-court offense.”

Despite returning four of five starters from last season and nine of 13 from the full roster, the boys have to fill some major holes left by the graduated seniors.

“Losing Miles [Tention]…will be a big loss,” Diepenbrock said. “But we feel that the combination of [senior Will] Schmutz, [senior] Jared [Wulbrun] and [senior] Paul [Jackson III] will do well at point guard.

With Tention graduated, senior point guard Schmutz will be the floor general for the Vikings this year.

“Miles was a great player so it will be tough to fill his shoes but I’ll just try and be a leader on the court and get our key players like [senior] Spencer [Rojahn] and [senior] Max [Dorward] into spots where they can score the ball,” Schmutz said.

“My personal goals are the same as the goals I have for the team which is to make win league and make another deep playoff run,” Dorward said. “Losing Miles means we will have to help Schmutz bring the ball up in transition.”

In addition to improved play from Dorward, the Vikings will receive help from senior sharpshooter Spencer Rojahn and senior center William Schlemmer, who both were critical in Palo Alto’s postseason success last season.

While Paly is the clear favorite to win the De Anza League championship, Los Gatos High School returns eight seniors, including SCVAL First Team All-League players Dylan Belquist and Alex Braken-Guelke. Los Gatos will certainly challenge the Vikings for first place in league play, but coach Diepenbrock thinks that the Vikings can stay grounded throughout the season and remain focused on each and every game.

“I think the main thing that will keep us focused on each game is knowing that one key game each of the last two years kept us from attaining our goal of reaching the Open Division,” Diepenbrock said. “And having so many seniors on the team, they realize this is their last chance.”

The boys tip off their season in a non-league game in the Burlingame Invitational Tournament at 6:30 p.m. Tues., Dec. 5, against Half Moon Bay.