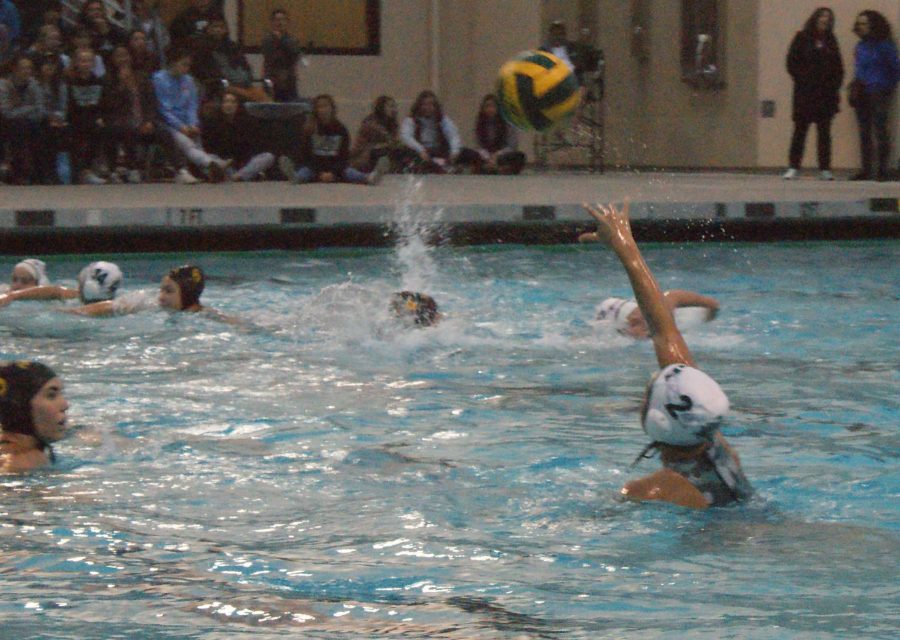 Sophomore postion Alexandra Lee throws the ball, crossing the Menlo Atherton Bears’ (3-11, 0-1) defenses and landing safely in the hands of the Vikings (10-17, 3-8). The Vikings, taking on an early lead, tie with the Bears during the third quarter. However, after an intense and close game, the Vikings claim their victory in the Central Coast Section quarterfinals and advancing them to the CCS semifinals. Photo: Eric Yap

The Vikings started strong and dominated the first quarter, with goals by senior captains Sophie Frick and Sabrina Hall, leading a comfortable 3-0 advantage against the Bears. However, the Bears started to catch up during the 2nd quarter, capitalizing from several interceptions.

The game remained close throughout the second half and was tied during the third quarter.

With time running out and a close, intense game for both teams, Frick successfully received the ball from a teammate and scored a goal against the Bears, leaving a well-secured 11-9 in favor of the Vikings with only minutes left.

Sophomore starter Chesnie Cheung maintained a strong presence during the game, successfully making multiple passes for the Vikings. These passes were caught by Frick, who was able to score many goals for the team.

According to senior captain Hollie Chiao, Paly’s teamwork and confidence helped lead the Vikings to a close victory.

“Communication definitely played a huge role in last night’s game,” Chiao said. “It allowed us to see times where [Vikings players] were open in set.”

Additionally, Hall cites the team’s composure and strategy in helping them overcome the Bears.

“We took a breath and just focused on getting the ball to our more experienced players,” Hall said. “Then we came back and played a safe defense.”

With another win added to their season tally, the Vikings are optimistic about their upcoming game against Mountain View (16-8, 8-4) on Tuesday in the CCS semifinals at Los Altos High School .

“We’ve beat them before, so we’re looking to keep up that energy and communication that we had against MA, and pull through with the W,” Chiao said.