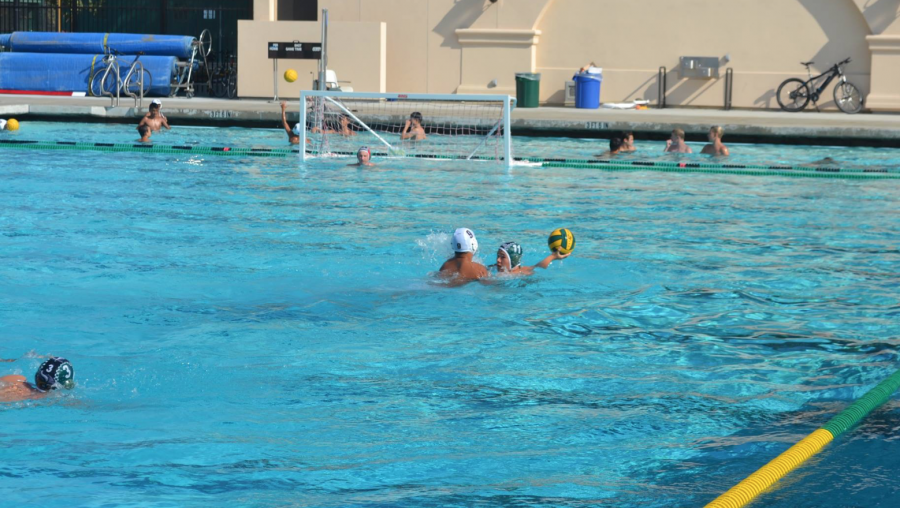 With 30 seconds left on the clock and the Palo Alto High School boys’ water polo team (1-3, 1-2) down a point, 8-7, the audience held their breaths as they wondered if the Vikings would draw even against the Los Gatos Wildcats (2-5, 2-1) on Tuesday afternoon at Paly.

Unfortunately, despite players desperately fighting to maintain possession of the ball, the Vikings were not able to pull off a win against Los Gatos.

The team attributed their loss to their inability to communicate and work together.

“We were not well connected as a team,” junior set Javid Alasti said. “Individually, everybody was making some mistakes, but the biggest problem came when we tried to play as a team.”

The game began with a goal from Los Gatos and several failed attempts to score from Paly players early on, along with several of Los Gatos’s shots blocked by junior goalie Benjamin Rapperport. Paly’s first goal came towards the beginning of the first period from senior captain Jack Andersen, who scored four goals in the game.

“[We played] pretty much the same for four quarters, [we were] just really on different pages,” head coach Aaron Johnson said. “No one was really playing as hard as we normally do and we gave up a lot of opportunities, and so none of that adds up to being able to get a win.”

Despite the loss today, the Vikings say they are ready to bounce back from this loss.

“We are going to work hard in practice so we can get ready for Gunn on Thursday, and when we see Los Gatos again we can blow them out of the water,” Alasti said.

“We are capable of beating them; we just have to play smart,” junior Justin Packard said.

The next league match for the team is an important one as the rivalry between the boys’ water polo team them and the Titans is intense.

The Vikings face off against the Titans at 3:30 p.m. on Thursday at Gunn High School.