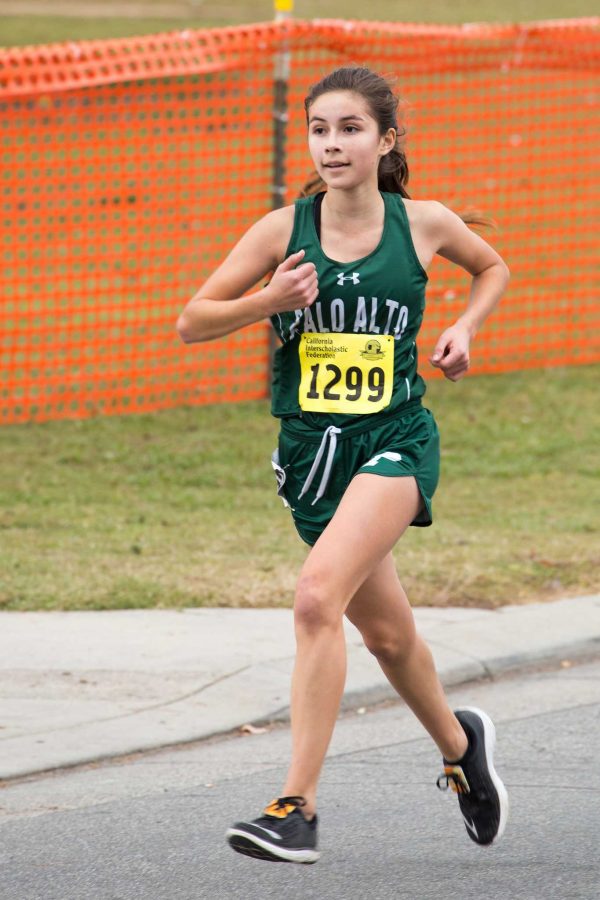 “Next man up” will be the theme for the Palo Alto boys’ cross country team this season. After finishing second in the Central Coast Section meet last year and passing through to the California Interscholastic Federation meet, the Paly boys have pressure to fulfill the high expectations its predecessors left behind.

According to returning junior Brian Ho, the loss of the seniors does not faze the team and the Vikings are confident they can pick up from where they left off.

“They were the cross-country team’s leaders, always making it to CCS and states,” Ho said. “But just because they’re off to college, it doesn’t mean we don’t have a chance to compete at a high level.”

On the other hand, after placing fifth in the Central Coast Section meet last year, the Paly girls also have high expectations.

“The girls’ team is looking for a top three finish at CCS, and hopefully to qualify for states,” Doubson said. “We have some strong freshman this year so we’re also looking to dominate JV in SCVAL.”

With many talented incoming freshmen and a number of returning sophomores and juniors, both teams will look to improve from last year.

Returning juniors Reed Foster and Sam Craig are two of the key runners.

“Reed Foster and Sam Craig are our fastest runners on our team and I believe they can lead us in our upcoming meets,” Ho said. “Alongside them, we have many juniors trailing behind to make up for the lost seniors as well.”

In addition, there have already been some new faces on the team that have made strong first impressions.

Through early practices and conditioning sessions, freshmen Alex Selwyn appears to be destined to contribute heavily to the team. Teammates also believe he will contribute instantly because Selwyn’s mile time clocks in at four minutes and 52 seconds.

Coaches Michael Davidson and Michael Granville are both returning for their second year of coaching Paly after their previous stint with St. Francis.

“By continuing to train hard and keeping ourselves away from injuries, the Paly Cross Country team has a chance at winning the upcoming meets,” Ho said.

The Vikings will have its first meet of the year against Gunn and St. Francis High School at 4 p.m. on Thursday at Bol Park.