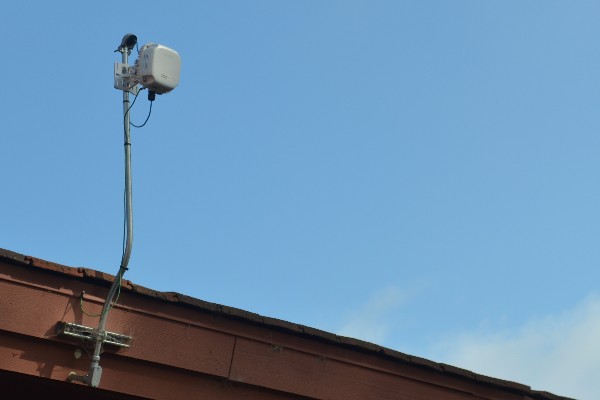 The Palo Alto High School administration is working to establish a new wireless network to replace StudentWireless by next week.

The new network, which does not yet have a name, will replace StudentWireless, the network that students have used for the past seven years. Paly Assistant Principal Adam Paulson said that the new network should be an upgrade from the previous one.

“This summer, we did a huge upgrade on all of our wireless access points, so you’ll be able to see the difference in speed and also you shouldn’t be dropping from the network,” Paulson said.

“I know it’s kind of a hassle right now, we’re trying to get the staff set up first, so that we’re all in the same network again”, Paulson said.

The new network will use a variety of wireless access points, whereas the earlier StudentWireless network only had one. StudentWireless’s downtime was mainly caused by hundreds of students all attempting to browse the internet through one access point.

While the new network is being installed, students have to make do with using the PAUSDGEN or PAUSDGuest wireless networks.

However, some students say they have not been affected by the replacement of Student Wireless.

“I used StudentWireless for the first half of the year for freshman year, and then afterwards I only went PAUSDGEN…It just seemed faster overall,” said junior Malachi Wilkison.

Once the new network is functional, the administration will send out a message to students and faculty on how to use it. In the meantime, Paulson advises students to simply hang in there.

“Hang tight, and we’ll have a new, robust network for you next week,” said Paulson.