The Future of Journalism: James Hamilton 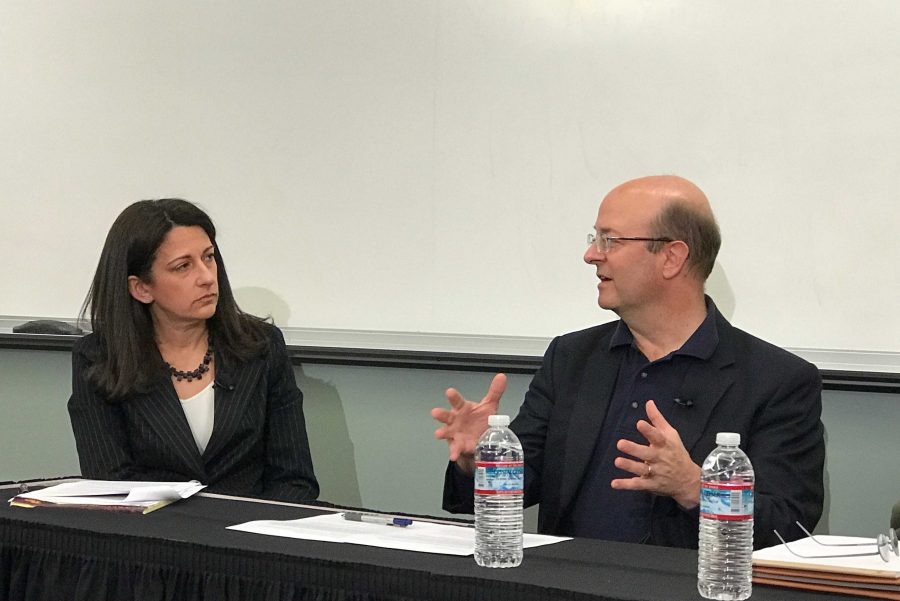 In a time when information is shared more frequently, and with more people than ever before, how is media coverage changing along with our policies? The Paly Voice speaks with Stanford communications professors to discuss the role of journalism, the future of free speech, first amendment rights, and how citizens can navigate the politically-charged waters of the projected future.

James Hamilton is is the Hearst Professor of Communication and the Director of the Journalism Program at Stanford, and is a prominent leader in the evolution of the journalism world. Back in October, Hamilton was one of the leaders of the Stanford Computation and Journalism Symposium which is a conference held on Stanford campus outlining the changes undergoing media, and how reporting can develop alongside these technological changes. Speakers, including members of The New York Times and Columbia University, suggested the continued use of algorithms in reporting, as well as collaboration with computer scientists to maximize efficiency and to best utilize modern technology.

A highlight reel of some of the topics covered in the Stanford Computation and Journalism Symposium.

In addition to the technological evolution Hamilton encourages reporters to undertake, he believes press freedom is threatened in a way the U.S. has not seen since the early 1970’s.

“Presidents Trump and Nixon share a view of politics where the press is the enemy and political victories go to those who are aggressive in attacks,” Hamilton said. “In President Nixon’s case this led to reporters’ phones being tapped, to FBI scrutiny of a critical reporter, and to the compilation of lists of reporters viewed as enemies. A difference between President Trump and Nixon is that President Trump is more likely to say in public the type of derogatory things about individual reporters or news organizations that President Nixon conveyed in private.”

Hamilton emphasized the importance of remaining vigilant as citizens and as journalists, and to ensure that reporters report the facts and consumers receive information delivered with integrity.

“As high school journalists, your mission should remain the same as it was before the election,” Hamilton said. “Seek out facts, reveal how institutions are operating, and hold those with power accountable.”