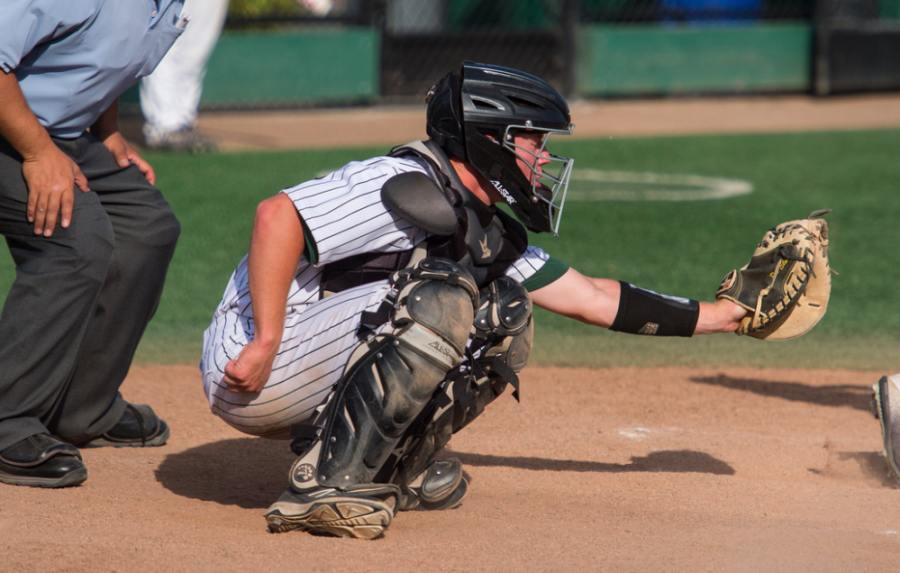 For the last four years, the Vikings have failed to make it past the first round of playoffs, and for the past two, they have done so as the first seed. The Monarchs scored the only run of the game in the second inning with an RBI from freshman shortstop Nick Yorke.

“It’s a game of inches and the baseball gods just didn’t shine down on us today,” senior infielder Michael Champagne said.

According to Paly junior second baseman Max Jung-Goldberg, their fall was due an inability to break through the Mitty defense.

“I think the reason we lost is simply because we didn’t execute when we had runners on base,” Jung-Goldberg said. “We had our opportunities but didn’t get it done. At the end of the day though, they just played better than us.”

Jung-Goldberg says the Vikings’ play was strong, but they were out-dueled by Mitty.

“I don’t think that this game reflected our performance this year,” Jung-Goldberg said. “Today, Mitty played a little bit better than we did and executed a little bit better. We had our opportunities to score and didn’t, [but] Ryan was awesome on the mound today like he always is.”

Despite the early end to the playoffs, the Vikings captured a De Anza League first place title, as well as a Santa Clara Valley Athletic League playoffs title.

“I’m really proud of our teams effort, heart, and attitude for this whole year,” Jung-Goldberg said. “Today wasn’t the way we wanted it to go but that doesn’t take away the other things we achieved this year. We’ll just have to keep striving for more so that next year we go out on top.”

According to Champagne, today’s game does not define the Vikings’ season.

“We had an incredible season and I wouldn’t trade it for the world,” Champagne said. “I love my teammates, and I know that the ones who are coming back will only use this as motivation for the next year.”