‘Senior Cut Day’ by the numbers 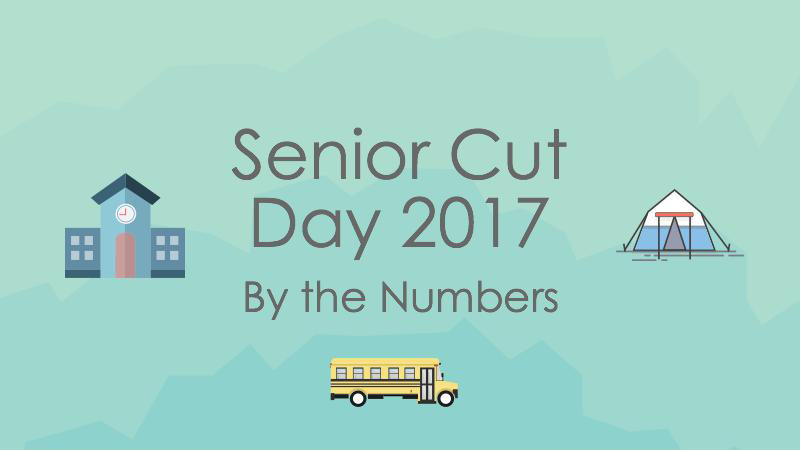 On May 15, over 93 percent of Palo Alto High School seniors were absent to mark the first school day after Advanced Placement testing.

Per Paly tradition, seniors skipped class and opted for activities such as camping and other day trips.

“I participated because it is one of the only times outside of school where an entire class of people can get together and do something fun,” senior Robbie Nixon said. “It’s a cool tradition that I thought would be really fun to participate in.”

According to Principal Kim Diorio, all unexcused absences on Monday were treated as traditional cuts.

“I would imagine if you missed the entire day—four classes—that might generate a letter home about your truancies,” Diorio said. “We treat it like any other cut and the same consequences apply.”

Because Paly is not a school that receives funding depending on student attendance, “Senior Cut Day” does not affect teacher or administrators’ salaries.

“We are a basic aid district … We do not receive any state or federal money based on attendance so essentially no, it doesn’t have a financial impact, whether students are in school or not,” Diorio said. “It has an impact on your learning and on instruction if you are here or are not here but financially there’s no consequences for us as a school.”

In terms of advice for future seniors, Nixon advises that students check campsite rules if they decide to go camping. “Be sure about the rules before you reserve a site,” Nixon said. “Enjoy yourself but don’t be too crazy.”

According to Attendance Secretary Christa Brown, seniors are typically less likely to cut class than other students.

“You would think they would be the ones cutting but they’re actually the ones who are trying to not be truant,” Brown said. “They are trying to graduate and get out. From what I’ve seen this year, they are very quick to do corrections when there is a cut.”

View the infographic below to see this year’s numbers.