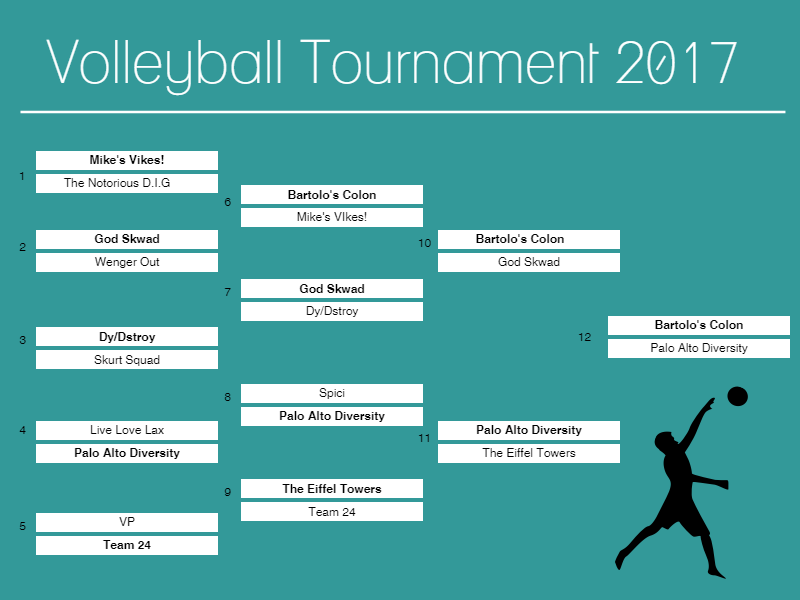 The tournament has become a Paly tradition, and is something Paly students look forward to all year, as they compete in teams of up to eight people for prizes and unfettered bragging rights. This year’s prize consisted of gift cards to Chipotle, according to Junior Class Vice President Marissa Ludwig.

“The volleyball tournament went really well, even though there were some rule violations,” Ludwig said. “It was a great way for all the different grades to come together and it made the quad more lively.”

Due to the aforementioned rule violations some teams were disqualified because they included too many varsity players, or did not include players across grade levels, according to Ludwig.

“We’re just a group of guys that are passionate for a little competition,” Romeo said. “When ASB announced the tournament, we thought we were up for the challenge.”

While they were not expecting to win, the team was happy to have taken part in the tournament, according to Romeo.

“There was some deadly competition out there and we were up against teams with varsity players,” Romeo said. “We never stopped having faith in each other and it all paid off in the end.”