12 albums to watch for this year 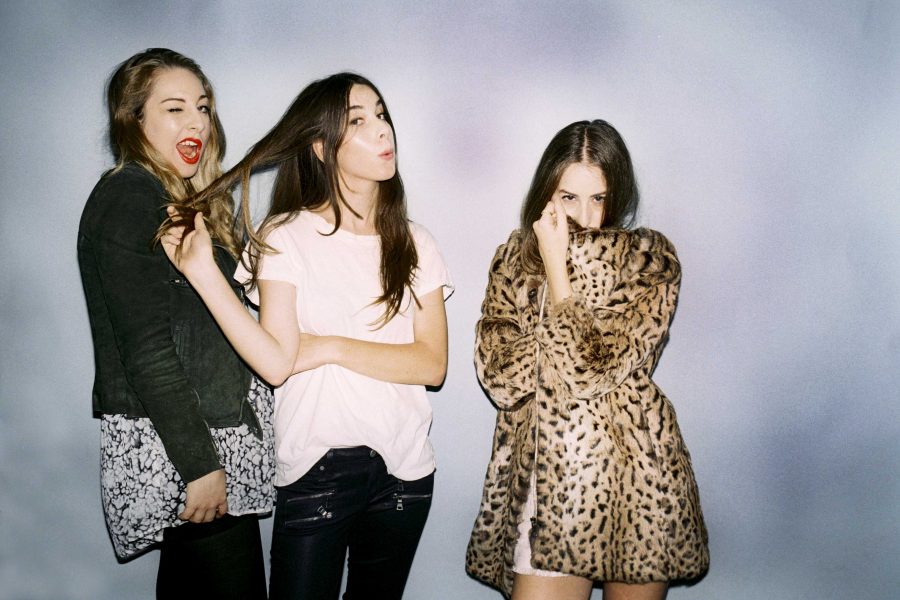 With the recent release of several popular albums, the months approaching the summer of 2017 seem full of exciting new projects in the world of music. With the staff still coming down off from the Coachella hype, The Paly Voice proudly presents our top 12 upcoming and recently released albums of the spring-summer season.

Kanye West’s prodigy Scott released “Birds in the Trap Sing McKnight” in September of 2016, unveiling a refined take on mumble rap and using unusual instruments to serve as the background of his songs. The album was a commercial success and reached No.1 on Billboard’s Top 200 charts. With the release of “Rodeo” in 2015, Scott built up a loyal fan following, which only expanded after “Birds.” Scott is currently on tour until early August, but expect the album to drop later this year. Scott announced “Astroworld” during a concert in May 2016, but reconfirmed the record’s pending release with a tweet in December

Lamar, widely known as the king of conscious rap, stated that he is moving away from his normal jazz-rap fusions, a staple in his album “To Pimp A Butterfly,” to a more chaotic, trap-infused style for his newest project. For songs like “DNA,” Lamar wrote and recorded his lyrics first, and had producer Mike Will create a beat that would compliment the rapper’s flow. “Damn.” was released on April 14 and has since topped the Top 200 Billboard charts at No.1. If you haven’t already explored this album in the past two weeks, we highly recommend at least one listen-through.

West made waves last year with the release of “The Life of Pablo,” which was inspired by both trap and gospel. The release date for “Turbo Grafx 16” is unknown, but each West project tends to feature a different influence. His earliest works featured the human voice in every aspect of music while his mid-career music featured an emphasis on an electronic sound. His latest project was announced via Twitter back in February 2016. With over a year in waiting, “Turbo Grafx 16” may yet be far on the horizon. While one can hope the artist reveals more on the project’s progress, the best thing for fans to do now is to wait and hope West releases the long-awaited record before the end of the year.

Chance the Rapper, who is famous for refusing to sign with labels, burst onto the hip-hop scene with huge commercial success and fame. With the releases of “Acid Rap” and “Coloring Book,” Chance emphasizes melody and lyricism in modern hip-hop. Chance’s general pattern of releasing new music at the conclusion of a tour and hints on Twitter lead us to believe that new music is coming soon.

Minaj, a longtime “Young Money” record label rapper, is famous for controversial pop hits like “Anaconda” and “Super Bass,” but hasn’t released a new album since “The Pinkprint” in 2014. She has shown great versatility, switching between fast-paced rapping and techno pop, characteristic styles we expect to return with the new album. She announced on Instagram that a new album with the initials MYOB was going to be released soon. MYOB, or “Mind Your Own Business” according to a now deleted tweet, is expected to feature Young Money co-star Lil Wayne and David Guetta.

Young Thug, a prolific rapper, fashionista, and founder of the YSL record label (standing for Young Stoner Life), gave audiences a more personal look into the artist with his 2016 mixtape Jeffery. Receiving acclaim and creating controversy, the album, which featured Thugger wearing a dress on the cover art, focused on each of the rapper’s role models. “E.B.B.T.G,” an acronym for “Easy Breezy Beautiful Thugger Girls” as announced on April 26, is said to be released within a week, according to the rapper’s Instagram post on May, 6. According to Thug, the recently revealed project is produced by Drake and will be his “Singing Album.”

After a six year hiatus since “The Fall,” the virtual hip-hop/alternative band Gorillaz released its fifth studio album “Humanz” on April 28th. On April 24, the band released a bonus track “The Apprentice,” the latest of seven singles from the 26 track record. Gorillaz’ previous albums have been revered for their versatile musical repertoire and distinct art style, and Humanz’s latest release is something everyone should explore for its bizarre, yet refreshing artistry.

Life is Good by Flogging Molly

Flogging Molly is an American-Irish rock band that blend the high energy and percussion of punk rock with the instrumentation and melody of traditional Celtic music. With six years since the group’s latest album “Speed of Darkness,” fans have high hopes that “Life is Good” will revitalize the brand of jolly choruses and cynical lyricism they’ve loved and awaited. Having released the single “The Hand of John L Sullivan” in March, 2016, Flogging Molly recently published two new singles, “Reptiles (We Woke Up)” and “Guns of Jericho” in anticipation for the June 2 album release. Bandleader David King said this record would sound more optimistic and encouraging than previous works; fans can still expect a core of Irish folk tinged with hard rock angst.

Khaled, while not exactly a producer or rapper, has been successful in finding great ? songs to yell his name over.  His new album features a plethora of guest appearances from Beyonce, Drake, Chance the Rapper, Future, Migos and 21 Savage, to name a few. On April 28, Khaled released the project’s 2nd single, titled “I’m the One,” featuring Justin Beiber, Quavo (of Migos), Chance the Rapper and Lil Wayne. In Grateful, we can expect an assortment of A-grade hip hop tracks that Khaled is getting credit for, for some reason.

The all-girl rock band Haim is set to release a second album in the summer of 2017. Three sisters, Este, Danielle and Alana Haim have a polished soft rock sound, reminiscent of Fleetwood Mac, and an enhanced vocal harmony from all three bandmates. The trio’s debut album “Days Are Gone” was released to commercial success in 2013. After a hiatus longer than what most artists take, the Haim sisters have announced an upcoming second album for 2017, uploading a teaser to YouTube on April 20, nebulously suggesting April 27 as the possible release date.

Life of desiigner by Desiigner

Desiigner, who popularized unintelligible ad-libs like “grrrrrraaaaaa” in rap, burst onto the scene with the release of Panda, a hyperactive song that was initially sampled in Kanye West’s Pt.2 on his 2016 album “Life of Pablo.” Desiigner followed up the fast-paced song “Panda” with the slower, more introspective single, “Timmy Turner.” Since his sharp peak of popularity in 2016, the rapper has released four more singles titled “Outlet,” “Holy Ghost,” “Thank God I Got It,” and “Up.” Desiigner announced his debut album via Instagram without a specific release date, although audiences can look forward to its publication before the end of 2017.

;This Old Dog by Mac DeMarco

Mac DeMarco came onto the scene for his vaporwave indie pop sounds in 2012 with the album “2”. His mellow John Lennon-esque voice and lo-fi dreamy style were a staple for his 2014 and 2015 albums “Salad Days” and “Another One” respectively. His new project “This Old Dog”, promises more psychedelic indie ballads to mellowly shimmy their way into fans’ hearts, released on May 5, 2017.

Lorde, who mastered mixes between indie and pop, has returned to the limelight with her first album in three years. The young musician achieved superstardom with her album “Pure Heroine” and hit songs like “Royals” in 2013 at the early age of 16. Now 20-year-old Lorde has recently released two singles “Green Light” and “Liability,” giving a hint of what her new album will sound like. Lorde described Melodrama as a concept album telling a coming-of-age story, capturing “all the gross moments, all the great moments” of early adulthood. Melodrama is Lorde’s second studio album and is expected to be released on June 16.