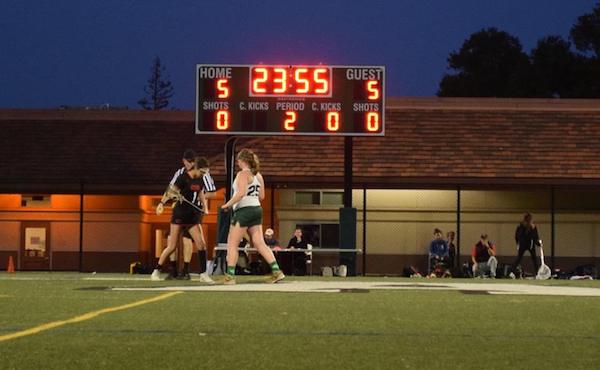 This year, the Vikings hope to capture a fourth straight SCVALs championship, but will need to fill the gaps left by the seven departed seniors.

Returning seniors Kaitlin Chiu and Katie Cox, junior Charlotte Cheng and sophomores Abby Ramsey and Emily Wood will have to emerge as leaders in order for the Vikings to be successful, according to junior Ellen Goncher.

“We need people to step up and fill in for the key players we lost, including a dynamic scorer and a tough player on the defensive end,” Goncher said. “The biggest thing is to bring the competitiveness that a lot of the older players instilled in us during practice and games.”

Chiu, who is committed to play lacrosse at Smith College next year, said the “underdog” mindset from last season is necessary to keep the team on a winning pace.

“We have to keep in mind that every other team wants to beat us,” Chiu said. “Last season, our captains told us we had to play like we were underdogs, and I think we should carry that mindset into this season. We can’t let our guard down, we have to play like we want the victory as much as the other team because, well, we do.”

According to head coach Jamie Nesbitt, Paly needs to focus its energy on individual games and eliminating small but cumulative mistakes.

“We want to play a full 50 minutes of good lacrosse every game, to limit the other teams’ offensive opportunities, and to limit our turnovers,” Nesbitt said.

The girls will kick off their season against Monta Vista High School at 7 p.m. on Wednesday at home.