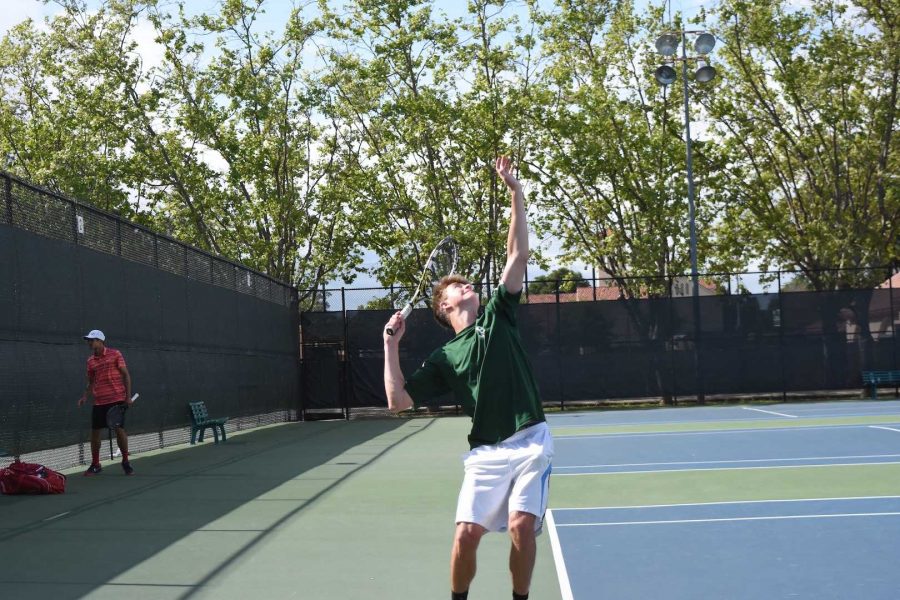 The Vikings competed in the third division at Alta Sierra Intermediate school in Clovis, California last weekend. The loss to Santa Margarita at the California Tennis Classic was disappointing for many team members who had high expectations entering into the tournament.

Sophomore team member Adam Love believes that the team’s loss was due to Santa Margarita having better organization than the Vikings. However, according to Love, the team is taking the loss as a learning experience and will use it to improve in the approaching games.

“We didn’t really play to all of our strong points as a team, so therefore, we lost,” Love said. “Overall, I’m still proud of the performance of all of my teammates throughout the tournament.”

According to sophomore Nathan Ellisen, it is crucial that the team puts up a strong front in its upcoming match.

“We hope to sweep the doubles and garner a few wins in singles,” Ellisen said. “This is an important league match for our team that we might need to win if we want to stay in the De Anza division and not get demoted.”

Senior Jerry Hong echoed this sentiment and said the team stands a chance against Los Gatos.

“Los Gatos moved up from the lower division last year, so they’re certainly not one of the harder teams to beat in our division,” Hong said. “We played a strong game against Lynbrook on Tuesday, so as long as we bring that momentum into our match tomorrow we will have a strong chance of winning.”

The Vikings will face off against the Los Gatos Wildcats at 3:30 p.m. on Thursday at Paly.