Daylight savings bill to be passed 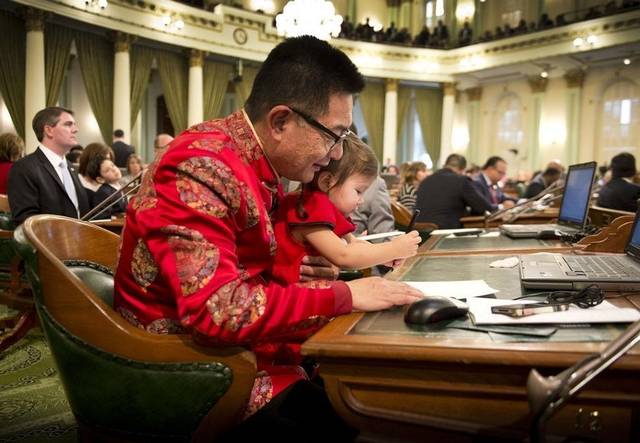 Do you hate losing sleep and having to reset your clocks because of time changes in the Spring and Fall? If you do, you may be in luck, as if the new bill proposed by California Assemblyman Kansen Chu is repealing daylight savings in the state of California.

Chu claims that daylight saving affect many television and radio stations because Arizona and Hawaii don’t follow the biannual changes. A new federal law now requires states to be on standard time between the first Sunday in November and the second Sunday in March.  If California drops daylight savings, they must request an exemption from the Department of Transportation.

Those that oppose this practice also cite that losing an extra hour on the weekends is not only inconvenient, but also affects productivity. Although this may be true, it is not a good enough reason to cancel this policy mainly because there is a greater reason as to why.

Daylight savings has become a very important of the daily life of Californians. Not only are days longer which allows for more daylight, but people who tend to sleep better in the dark during mornings can also improve their sleep quality. Another reason many people support this practice is because energy is saved because people are encouraged to rely on sunlight instead of their lights. But contrary to this belief, studies conducted by The New York Times indicate the use of laptops and television have virtually canceled out all the energy saved. A new proposal should be to just permanently stay on the spring and summer time schedule.

One aspect of daylight savings that people bring up about is the reduction of car accidents. The extra hour of daylight allows people who are driving on the highway after work to be more aware and help them notice risks and avoid potential accidents that they might not see at night. But, if the time schedule doesn’t change from the daylight saving schedules for the entire year, this problem will be solved.

In 1918, president Woodrow Wilson signed daylight savings into law in order to support the war effort during World War 1. It was designed to arrange waking hours with light bulb use to conserve energy. It was repealed seven months later, but was reintroduced in 1947 by Franklin Roosevelt. However, the use of daylight savings caused widespread confusion as its yearly implementation was not uniform, and varied in each state. In 1966, congress established the Uniform Time Act which designated when daylight savings was in effect. Over the years, the schedule has been revised, and the current schedule we use was introduced in 2007.  Although daylight savings may take away one long hour for those who love the weekends, many prefer it because they are able to enjoy brighter and longer days especially in California.

“I don’t like daylight savings at all,” Stevens said. “I think it’s terrible and I’d love for there to be a bill to get rid of it.”

Junior Reza Navadeh strongly dislikes daylight savings. “Daylight savings is the worst invention in the world. It either lags me behind or puts me ahead. It’s really frustrating.  I’d  rather have the clock a little screwed up.”

Overall, the detriments of daylight savings heavily outweigh the benefits and proves to be an inconvenient policy for people who live in California. Not only is there no clear benefits, the sacrifices made annually proves to be a huge inconvenience for everyone.