Gym construction to finish May, library renovations to follow 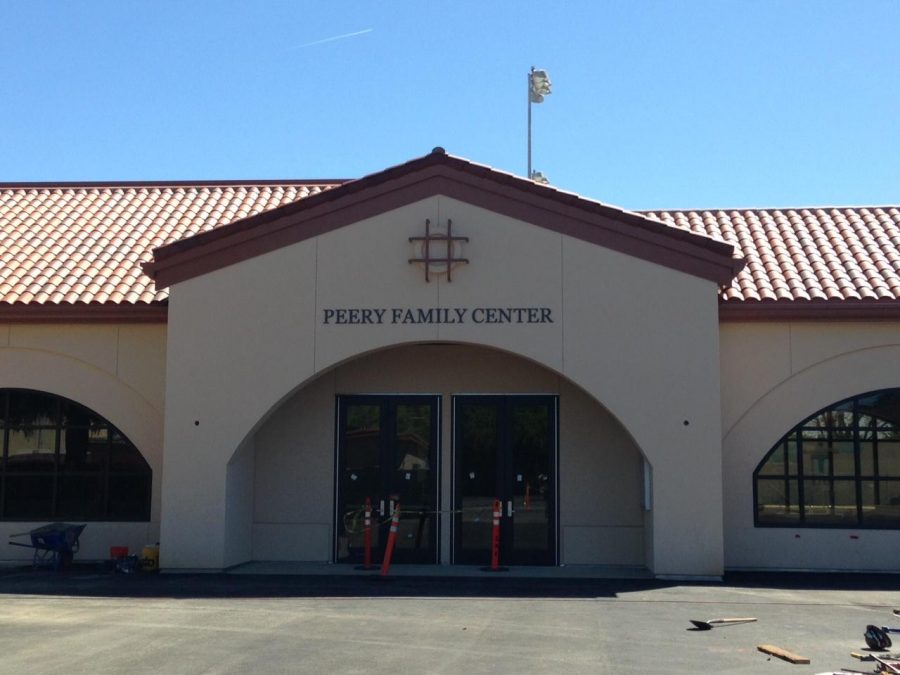 Palo Alto High School administration is preparing to begin library renovations once the construction of the Peery Family Center – the school’s new gym complex – is complete later this spring.

According to Assistant Principal of Operations Jerry Berkson, the gym is expected to be completed by May 7.

“I’ve heard the move-in is a little bit later than that [the finish date], but still relatively on schedule,” Berkson said.

Multiple Paly sports teams will benefit from the opening of the gym. Junior and varsity swim team member Peyton Wang says that her team has had to commute to Jane Lathrop Stanford Middle School and Gunn High School for the past two years due to the gym construction.

“Looking back, I’m so proud of how our team handled our situation and made the best of our season, despite all the obstacles we’ve had to overcome,” Wang said. “We can’t wait for the new gym to open its doors and we miss our old pool dearly.”

At the start of summer, the administration will begin to transfer the library’s contents elsewhere to prepare for the building’s renovation. Currently, the library building hosts the English and World Language department offices in addition to the books and computer lab.

“We got new offices for English and World Languages which will be in [rooms] 300 A2 and 3, which is the dance room [studio] and the room next door to it,” Berkson said.

The rest of the library will be split between the Student Center and three portable rooms.

“The Student Center will be the main hub, with a few computers,” Berkson said. “One portable will be books, one portable will be more of a storage place with seasonal books that they only need certain times of the year, and P1 will still be a computer lab.”

Library construction is expected to take between 18 months and two years, according to Berkson.

“Nothing really is being added on, more just gutting, and different office spaces, different work spaces and classroom space,” Berkson said. “It should be really nice and modern.”