Track and Field team, under new coaches, kicks off season 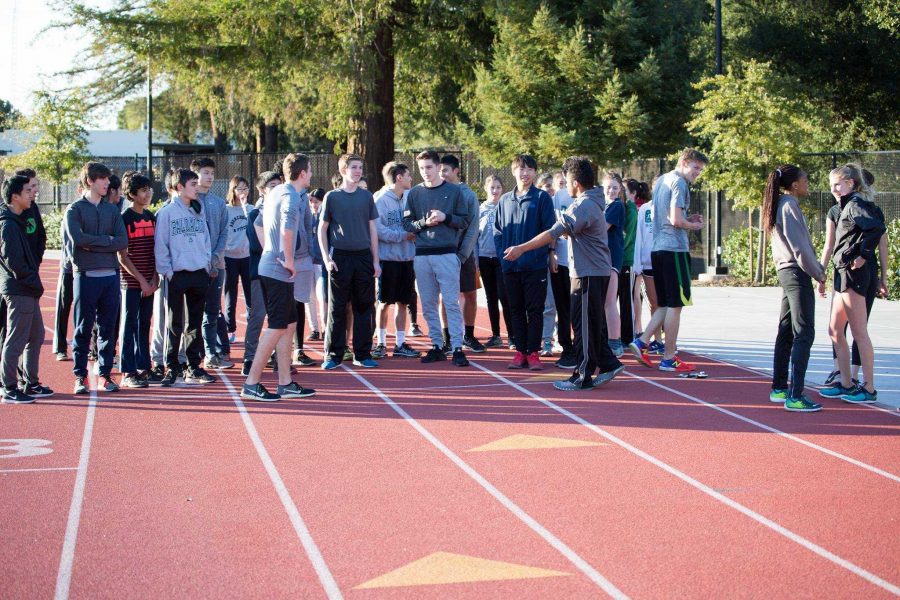 With a myriad of talented athletes and a coach new to many of its members, the Palo Alto High School track and field team is preparing to kick off a season in which the boys will rely on senior talent and the girls will look to young athletes to lead.

Head coach Michael Davidson, who coached Paly’s cross country team in the fall, is no novice in the world of track and field; he competed as a Division One collegiate track runner and has coached youth club track and field since 2005. Davidson said he thinks the team has the potential to succeed on both the individual and group levels.

“We want to place in CCS and send as many kids as we can to States,” Davidson said.

Assisting Davidson are several sectional coaches, including Michael Granville, who holds the national high school record for the 800-meter run. Granville, who was the assistant cross country coach, is excited to capitalize on the talent he witnessed during the fall.

“We’re looking to bring the whole guys’ and girls’ team to experience what we experienced in cross country,” he said. “I’ll be coaching the half milers [800-meter runners], so there’s a little soft spot in my heart for that.”

Senior Thorin Haussecker, a sprinter on the team, said that team members invested a lot of time and effort into improving fitness and developing skills.

“In January and February we spent a lot of time getting in shape and stronger for the season,” he said. “Recently we have been practicing blocks and starts while keeping up the intensity so that we are ready for the meets.”

According to junior Julia Doubson, the girls’ team is expecting some of its younger athletes to step up.

“On the girls’ side, we have no seniors,” Doubson said. “But we have a strong underclassmen base.”

Like many others on the team, sophomore Henry Saul is expecting a good turnout of Paly athletes at CCS championships and eventually the State championships.

“We’re going to try to get as many varsity runners to CCS and States as possible and get a really strong Paly attendance there,” he said.

Saul said he thinks the team’s general athleticism and rigorous coaching are a recipe for success.

“We have a lot of seniors and juniors that are really fast this year,” Saul said. “It’s also a good team goal for everyone to get a lot faster, and I think our new coaches [are] going to really be able to get us there.”

The Paly team is scheduled to take on Los Altos at 3:15 p.m. on Thursday, March 9 at home.