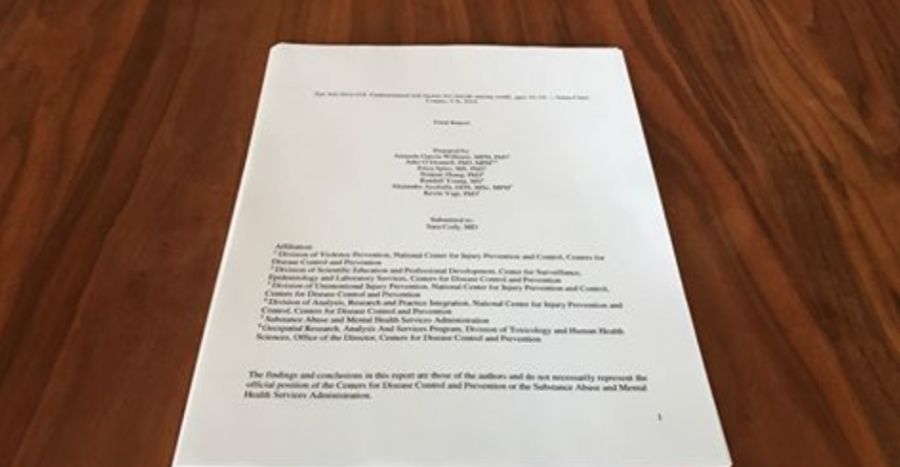 The epidemiological report, ordered by Santa Clara County on behalf of the Palo Alto Unified School District, focuses on 10- to 24-year-old residents living in cities within the county, including Palo Alto.

The report will impact Palo Alto High School, according to Principal Kim Diorio.

“I think the report will get people talking and thinking again,” Diorio said. “We’re going to be very aware in trying to get a pulse for what people are feeling and what the reaction is to the report.”

The report delineated statistics for every aspect related to the suicide cluster, including hospital discharge rates and known circumstances leading to suicide.

The report also highlighted the fact that the suicide rate in Santa Clara County (5.4/100,000) was roughly equivalent to the California suicide rate (5.3/100,000), both of which are lower than the nationwide rate.

To protect confidentiality, Baath explained that only a few cities were discussed in the preliminary and final report due to the low numbers of suicides in other cities.

The Paly administration is focused on the mental health aspect, repeating the idea that mental health is a prevalent issue that ought to be destigmatized.

“The mental health piece is real and something we need more education and awareness on,” Diorio said.

Paly psychologist Erika Zepeda echoed this sentiment, adding via email that “the discussion of student mental health has been ongoing … it’s never stopped.”

With a large percent of Santa Clara County high school students reporting suicidal ideation, between 15 percent and 19 percent over the past 12 months from 2005 to 2014, the Epi-Aid report highlights key protective factors. Pulled from different student surveys, these factors include high self-esteem or perception of self and positive relationships with the community. The report also stresses the importance of strong school connectedness, noting that caring relationships with teachers or adults in the school and academic motivation were also important protective factors.
Administrators hope to use this information to bolster their already existing mental health and wellness programs throughout Paly and in the community.

“[We want to] help people understand what this means moving forward,” Diorio said.

Anyone who feels depressed, suicidal or troubled is encouraged to call the Santa Clara County Suicide and Crisis Hotline at 1(855) 278-2304.