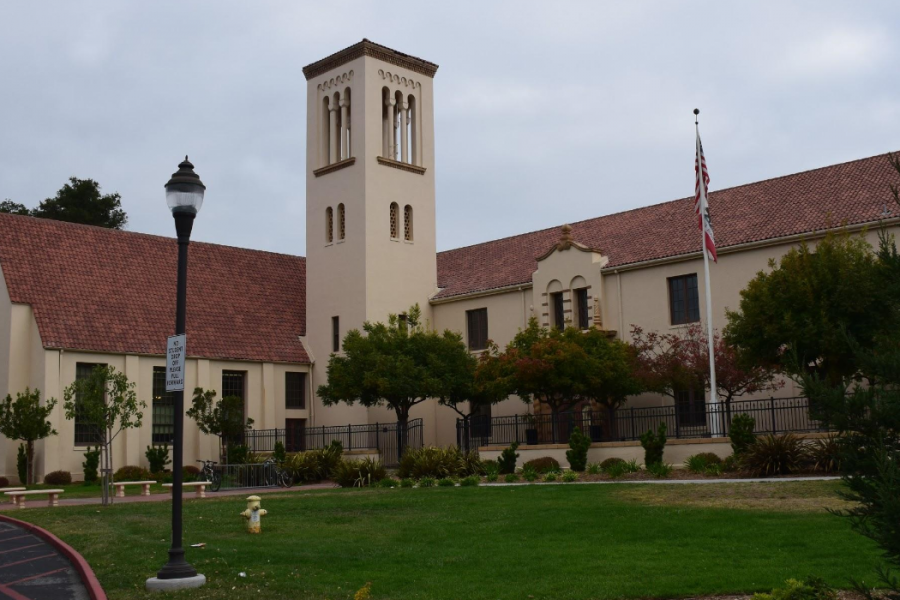 Following a decision by the Palo Alto Board of Education to adopt a new resolution and repeal one from 2014 concerning the U.S. Department of Education’s Office for Civil Rights, the Palo Alto High School administration is updating its approach to sexual harassment.

The new resolution, proposed by board member Melissa Baten Caswell, affirmed Palo Alto’s collaboration with the OCR to address allegations of sexual misconduct, harassment and violence at Paly and Gunn High School though corrective measures. The board also chose to repeal a 2014 resolution, which harshly criticized the federal agency.

“I’m glad the board took action the other night,” Principal Kim Diorio said. “We want to work in partnership with OCR because we want to make sure that every student and staff member feels safe on campus, so we need to look as them as an agency that can help us to do a better job.”

Diorio said she wanted to highlight the importance of communication in dealing with sexual harassment cases, an area Paly has struggled with in recent years.

“I feel really strongly that when we know of an incident we take immediate action, and we do the right thing,” Diorio said. “The trick is we don’t always know [of these incidents]. So how do we make people feel comfortable talking about it, or that we are talking with each other about it to make sure it doesn’t happen? How do we have those conversations to increase empathy?”

Diorio also emphasized the importance of supporting victims of assault within the Paly community.

“Whether it’s coming to me as principal, or going to a guidance counselor, or a teacher adviser, or the Wellness Center, there are so many people on this campus that students can approach who they might feel more comfortable talking to,” Diorio said. “Know that we will take it very seriously and try to do what we can to help make things better.”

Aside from action taken by administration, Diorio said she hopes that the student body will also forge a path in creating a more supportive community.

“When the rape culture article was first published back in 2013, that next fall, I noticed walking around on campus on club day that there were all these new clubs about feminism and women supporting women, and it was really cool to see,” she said. “Here’s something that got reported that really made people think, but let’s see what we can do to really empower change. Having open and honest conversations can be uncomfortable but, how can we make a difference? I know our students will step up and do that.”