School faces controversy over students opting out of state testing 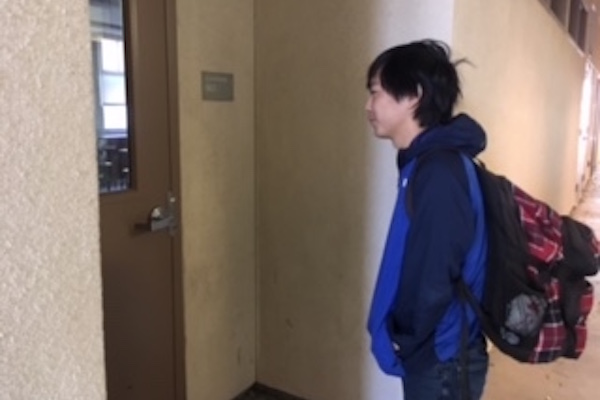 Palo Alto High School juniors and seniors face a decision this week: take the state Smarter Balanced Assessment Consortium and California Science Test to help school analyze their progress or opt out of the testing and sleep in an extra two hours.

According to the SBAC website, the assessment is aimed to challenge students to think more critically about subjects and apply their learning to real-world applications. The tests are aimed to provide data on the school and district’s overall performance, allowing administration to understand the general student population’s abilities and information to “help students succeed in school and after.”

Seniors are taking the California Science Test, which is a state test to measure whether schools are meeting federal as well as state science standards, the California Department of Education’s website says.

95 percent attendance is required for the tests for the scores to count, according to Edsource.org. Students are highly encouraged by administration to attend the tests in order for the state and school to glean information from the results. As of Monday noon, 484 out of the 499 juniors were scheduled to take the test, according to room assignments posted on Monday morning; however, this number does not include students who opted out today.

Many students who decided to opt out explained that they saw the extra days as an opportunity to catch up on work and sleep a few extra hours.

“I personally decided not to take the test because this week happens to be a very busy for me with Campanile production and multiple tests and projects in my classes, and I would rather use the extra hours allotted for the test to do homework, study or get more sleep,” junior Ashley Zhang said.

Junior Varun Dutta echoed this sentiment, stating that he does not believe this testing is useful enough to give up sleep.

“I decided not to take it because I want to sleep in,” Dutta said. “The test doesn’t make a difference in my education quality while sleeping affects [my] ability to pay attention in class.”

Some students who plan to take the test say their parents required them to or were not formally excused yet because they have not turned the forms.

“I wanted to opt out, but my parents believe it’s my duty as a Paly citizen to do my part and take the tests and so they refused to sign a letter to excuse me,” junior Kesi Soundararajan said.

The administration sees the test as a way for the school district to see how well their students are performing. Paly math teacher Daniel Nguyen explains that not only is it the student’s duty to their school, but their participation is vital to helping understand the academic rigor at Paly.

“With students taking all sorts of different classes, the CAASPP provides a low-stakes way to measure student knowledge,” Nguyen said. “The data from this test help us accurately answer questions such as which of our students are being underserved and how can we best teach them. The testing is similar to voting in it’s important for each person to participate even if it doesn’t seem like their single data point will make a difference.”

In an emailed statement to The Paly Voice, Palo Alto Unified School District Superintendent Dr. Max McGee weighed in on the testing, stating that those who opt out may perpetuate a negative image of Palo Alto schools.

“On one hand, a large percentage of opt-outs reflect poorly on the school and the district,” McGee said. “It can contribute to the perception that ‘the rich are different’ and that as a relatively wealthy and successful school district we do not have to be bothered to demonstrate that we are willing to be measured by standards that apply only to others.”

McGee highlights the negative image the lack of participation may cast on the larger community.

“In other words, it contributes to a narrative of entitlement, which is in stark contrast to our mission, goals, and vision,” McGee said. “Entitlement is something I disdain and so yes, it bothers me when so many students opt out of the tests.That said, I don’t think most students opt out because they feel entitled to do so.”

According to McGee, the large percent of students that opt-out of tests can send a strong message to the state to make the test relevant to high schoolers.

“On the other hand [rather than send the message that PAUSD is entitled], a large percentage of opt-outs sends a message to the state to make the tests matter to the students and not just to schools, districts and the state,” McGee said. “The test has to be relevant to our high school juniors. Period.”

He offered a suggestion about how to remedy this situation to benefit both the state and students, referencing a similar dilemma he faced as State Superintendent of Illinois in 2000.

“We heard from high school principals that kids were not taking the tests seriously and participation was becoming a problem, despite that back then and there it was mandatory,” McGee said. “So what we did in Illinois was to incorporate the ACT into the state test so every high school junior had a free ACT test. Students took it seriously, participation increased, and the kids did better … several even discovered that they were actually ‘college material!’ Illinois now uses the SAT in the state test, and I would love to see California do the same.”

According to McGee, these tests provide the state and school with important information but they need to be adapted to be more relevant to students.

“If we are going to have large scale tests, let’s be sure that they matter to those who matter most -— our students,” McGee said.

For students taking the test, testing will always start at 8:25 a.m. in the morning. Juniors will be testing from Tuesday through Thursday, while seniors will be taking their science test on Thursday and Friday. More information about the schedule can be found here.