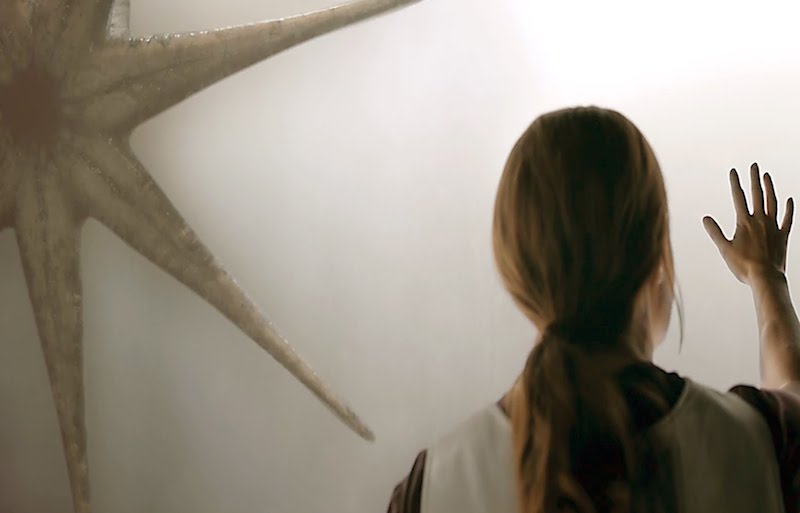 Amy Adams stars as a linguist attempting to communicate with extraterrestrials that have landed on Earth in order to save the world in the new science fiction thriller, Arrival.

When I think of science fiction, my mind immediately goes to extraterrestrial invasions. From recent movies like “Edge of Tomorrow” and “Pacific Rim” to classics such as “Independence Day” and “Men in Black,” the quintessential science fiction film features humans involved in a pulsating, yet predictable, fight to defend their homeland from extraterrestrials.

“Arrival,” a science fiction thriller released in November and directed by Denis Villeneuve, does not fill that same mold. Thanks to nuanced storytelling, fantastic cinematography and top-notch acting, “Arrival” differentiates itself from stereotypical extraterrestrial films and delivers a unique, thought-provoking change to the science fiction genre.

Based on a short story titled “Story of Your Life” by Ted Chiang, “Arrival” follows the efforts of linguist Louise Banks (Amy Adams) as she attempts to save the world by communicating with a seemingly invasive force of extraterrestrials that have landed on Earth. With the help of physicist Ian Donnelly (Jeremy Renner), Banks tries to do the unthinkable and learn the extraterrestrials’ language.

Villeneuve’s storytelling is what really makes “Arrival” a cut above past science fiction films. The movie begins with a flashback of Banks dealing with the death of her daughter. As the story shifts to the present, Villeneuve expertly weaves Bank’s past horrors with the challenges to she currently faces — making the film suspenseful, yet personal. He also places well-hidden clues throughout the film to make the story that much more interesting for each viewer as the film culminates to its surprise ending.

Villeneuve aptly uses cinematographic skills to add to the suspense of the film. He uses utilizes the techniques of zoom and hazy shots to perfection throughout the film. The technique helps the film emits a sense of uncertainty that makes the audience continuously guessing. Also, he uses a multitude of continuous shots which help to sew the story together and to complement the many flashbacks that occur throughout the film.

In addition to the cinematography, the cast does a fabulous job helping the audience connect with the characters. Adams delivers an emotional and convincing performance as a linguist exploring the unknown in an attempt to save the world. Though she was not nominated for Best Actress, Adams should be applauded for her portrayal of Banks. The supporting cast also delivers fantastic performances. While not in his normal action-based role, Renner does a superb job as a theoretical physicist aiding Adam’s character both intellectually and emotionally. Forest Whitaker and Tzi Ma also deliver splendid jobs as government officials.

When I first watched the movie, I was surprised by the plot. However, the intricate story and incredible acting quickly grew on me and I started to appreciate the film’s divergences from the general genre. While it may not win any of the major Academy Awards due to the profusion of amazing films being considered, “Arrival” has staked its claim as a ground-breaking film in the world of science fiction.