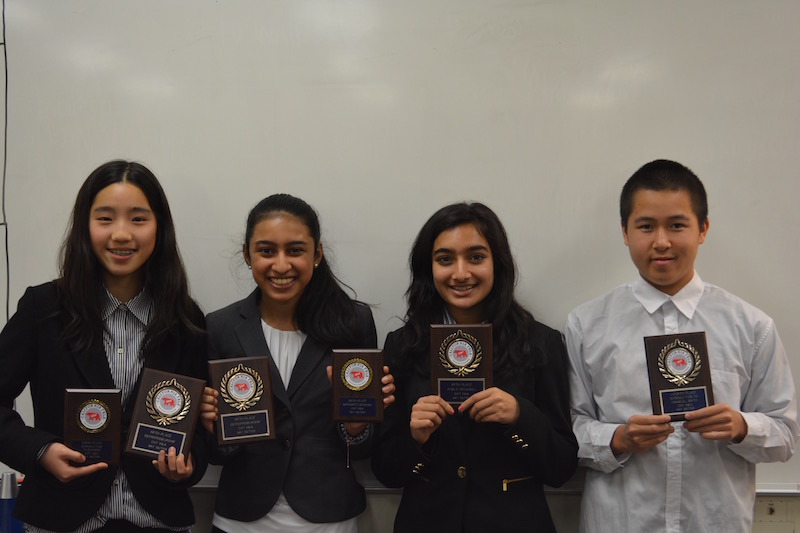 Sophomores Ria Vora, Emily Wang and Leyton Ho qualified for the California State Leadership Conference. Vora and Wang placed fifth as a team in the Entrepreneurship event, while Ho ranked fourth in Introduction to Financial Math.

In addition, sophomores Caity Berry and Soumya Jhaveri placed sixth in Impromptu and fifth in Public Speaking I, respectively. Wang came in 10th for Intro to Business.

“It [Impromptu] is a super fun event and I really love thinking on my toes,” Berry said. “It’s a great skill to have because throughout my life I’m going to be put in a lot of situations where I have to think fast.”

Paly’s FBLA began two years ago as part of a nationwide student-run initiative to give high school students an introduction to the field of business through competitive conferences.

At these conferences, members compete in different events, listen to speakers, network and participate in workshops. The Bay Section Leadership Conference was the first conference held this year, and included high schools in the Bay Area such as Lynbrook, Monta Vista, Cupertino and Homestead. While any member can participate in conferences at the sectional level, participants must qualify for the proceeding conferences. The state level conference will be held April 6-9 in Sacramento, and the national conference will be in Anaheim June 29 – July 2.

Junior and club co-president Adeline Zhou credits the success of club members to individual dedication, as this is the first year that members of the club have qualified for the state conference.

“During our meetings, we [club officers] handed out study guides and provided lists of resources,” Zhou said. “For the most part, our members are self-driven, and we are there for guidance and logistics.”

Looking forward, Zhou is optimistic about the future of FBLA.

“We’re really looking forward to seeing how we’ll progress as a chapter in the upcoming months and years,” Zhou said. “Hopefully, with some hard work and dedication, we’ll be able to qualify for Nationals or have more members qualify for States in the next years.”