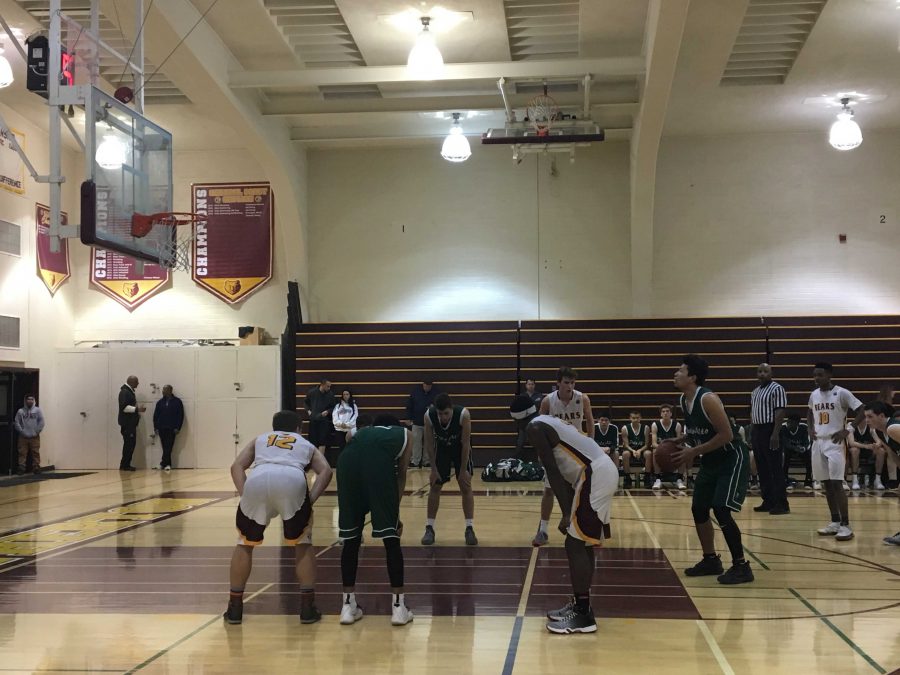 Saturday night’s game is one the Palo Alto Vikings boys’ basketball team (18-3, 9-0) is hoping to forget soon. Nothing seemed to go right for the Vikings; shots didn’t fall, rebounds just out of reach, and calls didn’t go their way.

The loss was especially surprising, after another resounding league victory against the Wilcox Chargers (9-10, 4-4) on Friday night, 73-52, clinching first place in league play in the De Anza League.

Junior guard Jared Wulbrun thinks that the title can be a stepping stone to success for Paly.

“As a team, we set goals for the season and this was our first one,” Wulbrun said. “You have to take the season one step at a time and we reached that on Friday night. We can’t be satisfied, though. We all know what our other goals are that we want to achieve, so this is just the beginning. There’s a lot of work left to do.”

The game started off well for the Vikings, who led by eight points at the end of the first quarter and extended their lead to 12 points just into the second quarter.

Then, everything began to fall apart for the Vikings. Menlo-Atherton senior guard Eric Norton, who scored a game-high 22 points, led the charge for the Bears and netted seven points in the second quarter. The Bears dominated the latter parts of the second period and the teams headed into halftime knotted at 28-28.

The second half started no better than the first half ended. Menlo-Atherton took an early lead and never relented, ultimately outlasting the Vikings.

“We knew it was gonna be a tough game going to their place but we’ve been doing it for the past couple years without our home gym,” Dorward said. “We just focused on playing our game and not worrying about that too much.”

The loss should provide a wake-up call the Vikings, who hadn’t played an opponent of Menlo-Atherton’s quality since Dec. 30th, 2016, in a loss to Saint Francis.