Brief: Skirmish breaks out at Town and Country 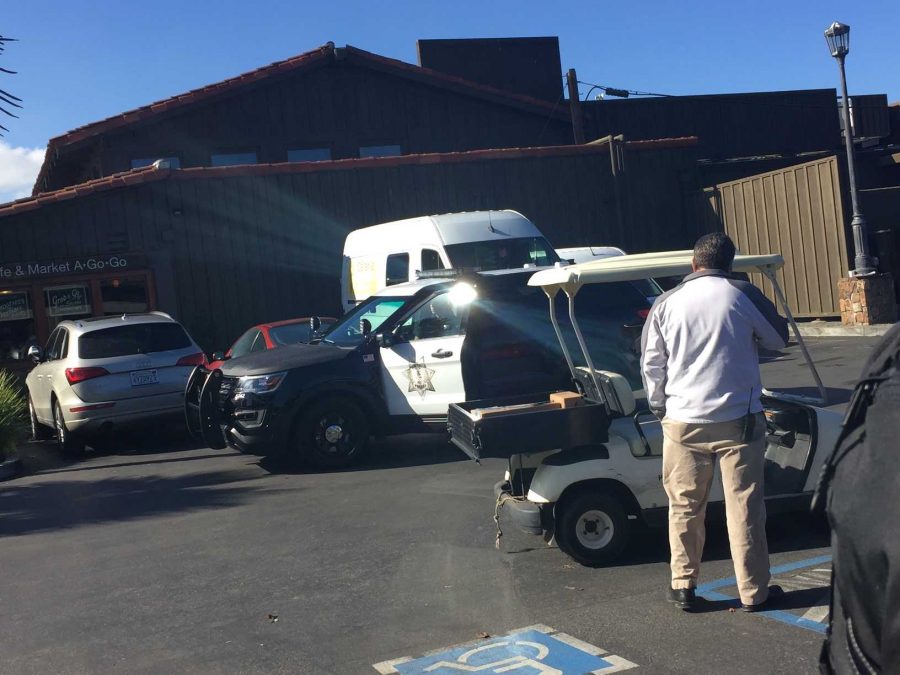 Assistant Principal of Operations Jerry Berkson at the scene of the incident at Town and Country. Photo: Emily Hwang

The Palo Alto Police Department is investigating what some call a brawl that broke out between Palo Alto High School students and individuals who do not attend Paly at lunch yesterday at Town and Country Village.

“The police happened to be close by and they were there to stop it before it became a big deal,” Assistant Principal Jerry Berkson said. “They [PAPD] are investigating what happened. There were some non-students involved in the fight and from what I can see it looked like they [the non-students] were arrested. I did see some drug paraphernalia and drugs in their car when it was searched, so that’s probably why they were arrested.”

According to Berkson, there may have been an ongoing dialogue between the two groups which came to a head yesterday.

Punishments for fighting on campus can range anywhere from a warning to a suspension or even an expulsion in extreme circumstances, according to Berkson.