Gym construction on schedule for May completion 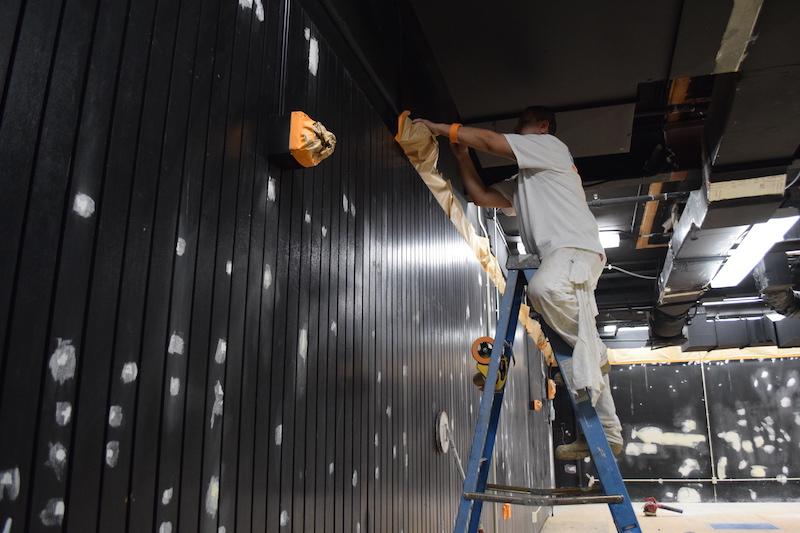 Construction workers renovate room 300B prior to the library demolition. The room will serve as office space. Photo: Maya Akkaraju

The timeline for the construction of the new gyms are right on schedule and hopes are that it will be done by May 2017 according to Assistant Principal Jerry Berkson.

The gym was demolished early September 2015 and has been under construction ever since.

There has been progress throughout the past year and the gym is nearly completed. The framing of the gym is mostly complete; however, the interior is still being worked on.

“The [outside] of our gym is pretty much done and we are on schedule to finish everything inside by May this year,” Berkson said. “All that’s left is the internal wiring of our gym and I don’t think the weather will push back our schedule.”

Although the weather remains unpredictable, Berkson states that initial construction plans took into consideration the possibility of rain.

“Despite the continued rain construction remains on schedule,” Berkson said.

It looks as if for the 2017-18 school year, athletes and students in Physical Education will be able to access these facilities.

Looking past the construction of the Peery Athletic Center, plans for summer construction will undertake office space currently used by the English and World Language departments.

According to Berkson, the 300s building is being renovated to house the departments that will be affected.
“While our library is under construction during the summer, our staff will be temporarily using the offices in the 300s building,” Berkson said.