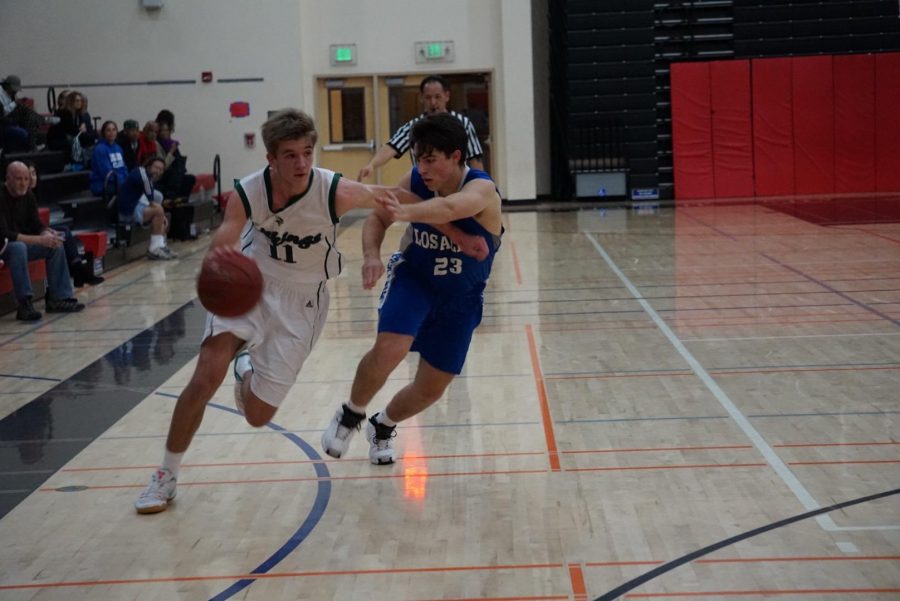 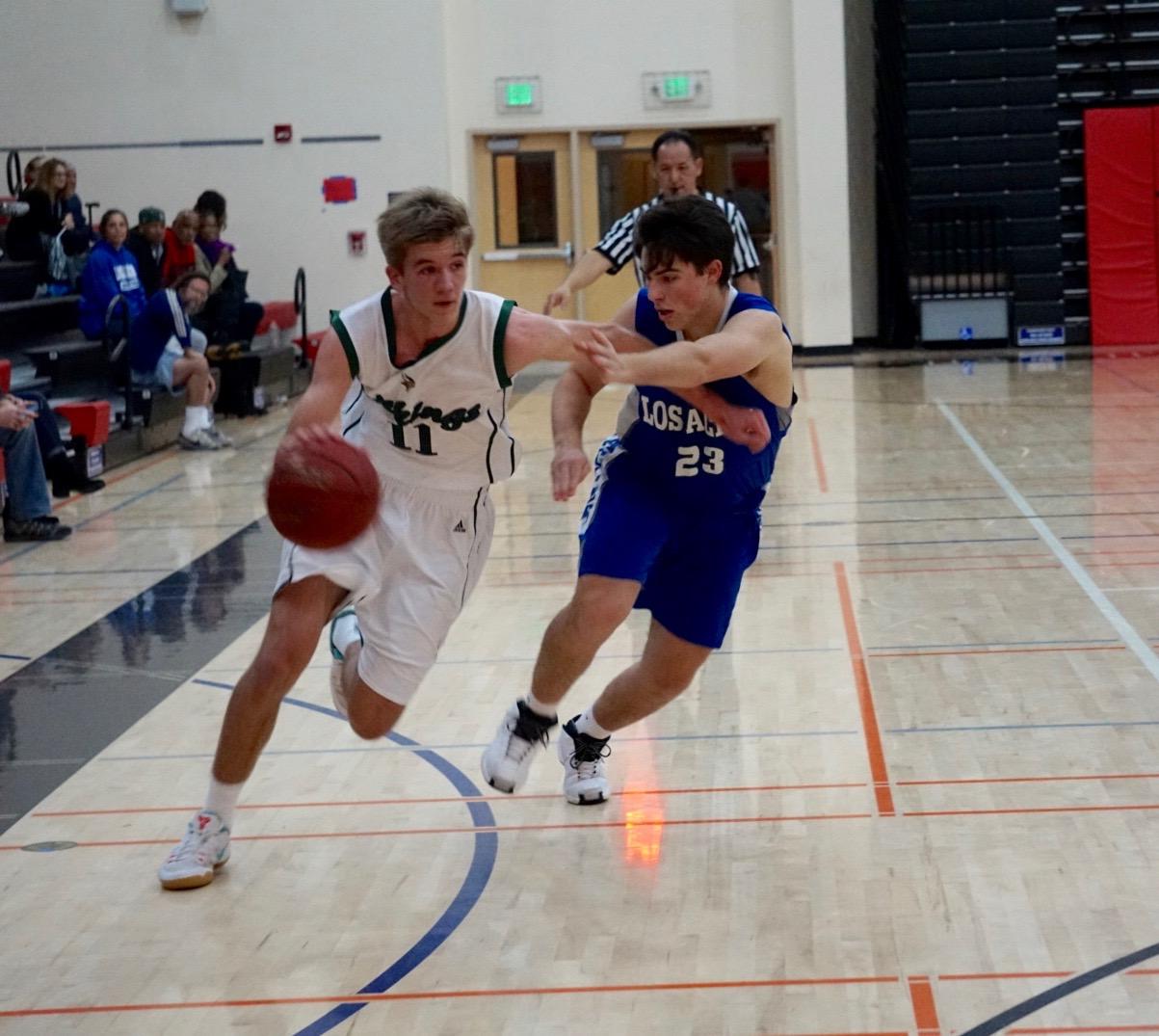 Junior forward Max Dorward fends off a player from Los Altos as he runs down the court. Photo by: Benner Mullin

Despite the win, Paly struggled throughout the game with ball security, committing 11 turnovers. Especially sloppy play from the Vikings during the end of the 3rd quarter and beginning of the 4th quarter allowed the Eagles to cut its deficit from 23 points to 11 points with five minutes to play.

The Vikings’ tenacious full-court pressure in the final minutes of the game shattered any comeback hopes for the Eagles.

Luckily, the opportunities Paly lost from careless turnovers were recovered by relentless pressure on their opponent, gifting them countless uncontested layups.

The Vikings and Eagles traded baskets early, and Los Altos led 20-19 after the 1st quarter. In the second quarter, Paly completely shut down the Los Altos offense, which scored a meager four points, while the Vikings took an 11-point lead into the half, 35-24, and preserved the advantage to the final buzzer.

“We came out stronger than we normally do on Tuesday nights,” Dorward said. “We usually come out slower on Tuesday and so we came into this game thinking ‘We need to come out strong,’ and that’s what we did.”

According to head Coach Peter Diepenbrock, the team runs a significantly faster offense this year.

“We are playing with a style that fits our talent and skill level, much more than it did last year,” Diepenbrock said. “We definitely have a team that is much better at running, pressing and looking for open court possibilities.”

The Vikings are preparing for their next De Anza League matchup at Wilcox High School (7-6, 2-0) this Friday at 7:45 p.m.