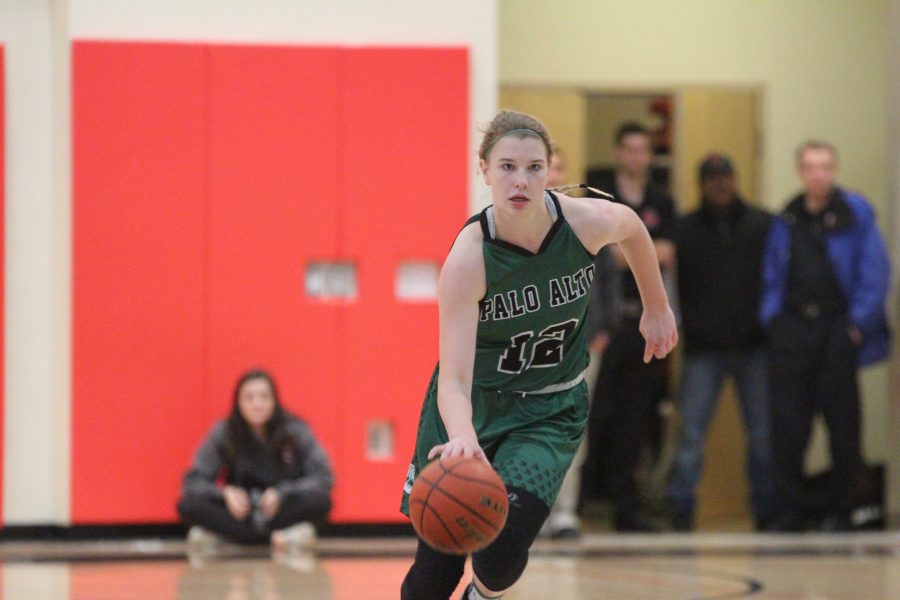 “If you want to win, box out!” Palo Alto High School girls’ basketball (8-2, 2-0) head coach Scott Peters said to his team late in the fourth quarter of a De Anza League matchup against cross-town rivals Gunn High School (7-6, 1-1). The Vikings went on to win “Quad Night” 72-63.

“I shot the ball pretty well in the first half because I had some open looks,” Leong said. “We kept our mental composure when we were down and we kept persevering to push back and take the lead.”

The Vikings struggled to pull ahead in the first half, trailing by 5 points after the first period, but were able to stay composed and fight back to even out the score at 34 points heading into half-time.

In a dominant third quarter where the Vikings outscored the Titans 25-14, Koyama and senior forward Skylar Burris were able to lock down Gunn defensively, which proved to be the deciding factor in the game.

Despite the win, senior forward Maya Lathi believes that there is still improvement for the Vikings.

“I’m proud of the way we pulled it together for the second half last night, but we didn’t play our best,” Lathi said. “If we continue to improve on both sides of the ball and work on rebounding, then I believe our team will go far.”

Paly is preparing for its next league game 7pm on next Wednesday against Mountain View High School (9-3, 1-0) at Gunn High School.