Students halfway to qualifying for ‘Tournament of Champions’ debate 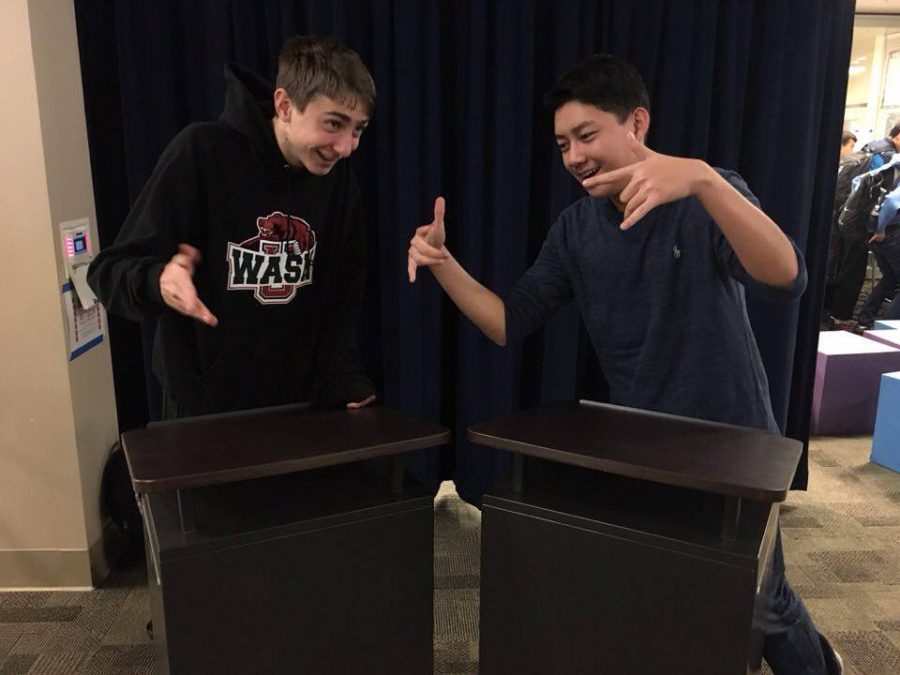 Two Palo Alto High School students have qualified for what is known as the “World Cup” of high school debate: the Tournament of Champions.  Junior debater Barry He and senior debater Colin Fee each received one of the two necessary bids to qualify for the tournament on December 2 at the Alta silver and black invitational in Salt Lake City, Utah.

He and Fee compete in the National Circuit, under the administration of the University of Kentucky, which requires them to travel around the country to various tournaments. This recently brought them to the Alta tournament in Utah, where both students received “bids” that bring them one step closer to a coveted spot in the TOC, a tournament that, according to He, only roughly 100 student debaters participate in. Students receive bids based on their performances in previous tournaments, many of which are out of the area and even out of state.

Both students performed exceptionally well in their previous tournament, which Fee credits to their personal connection to their topics.

“This debate tournament went pretty well, since we both went pretty far,” Fee said. “But more importantly was both of us writing about ourselves. Barry talked about the myth of the model minority and I dealt with the death of Ronald Armstrong, a disabled man who was killed in police brutality. That’s where I think the power of debate is, in becoming a self-advocate and finding yourself.”

He and Fee compete in progressive debate, which is a national fast-paced debate format.

“The national circuit has a steep learning curve, since we do progressive debate, we don’t debate persuasively in front of parents,” He said. “It’s very common to see people at up to 450 words per minute on the circuit and reading obscure philosophy and critical theories while using a lot of debate jargon.”

To keep up with the high level of competition, practice is a must for He and Fee.

“I wasted three years of my life abandoning a social life,” Fee said. “It felt like a lot of hard work to finally reach this benchmark.”

As their place in the TOC is not yet confirmed, He and Fee will be preparing  to earn a second bid at their upcoming tournaments. They will be debating  on Dec. 17 and 18 in the College Prep Invitational in Oakland, as well as on Jan. 6 at the University of Puget Sound in Tacoma, Washington.

“It just makes me hungry to do more and work harder so that I can go even further,” Fee said.