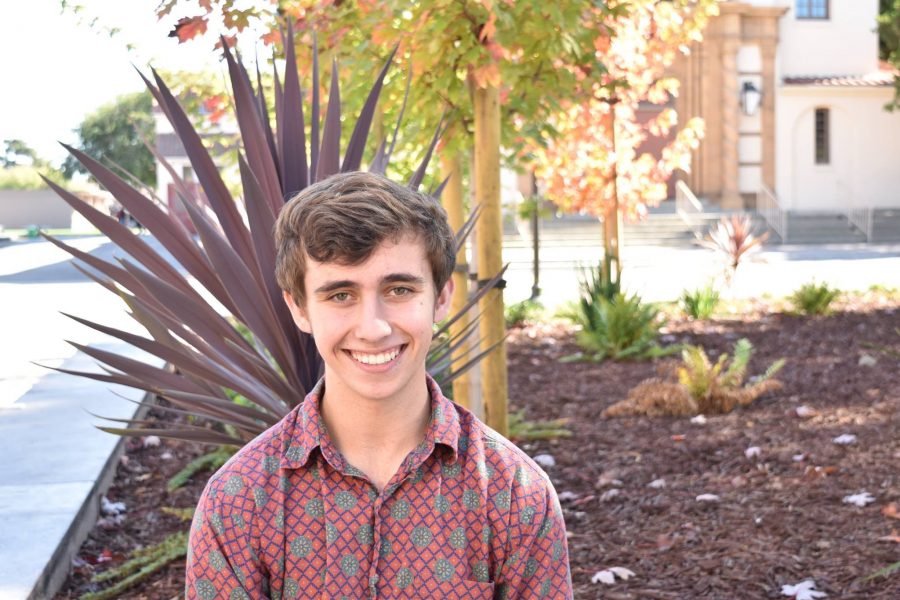 This week, The Paly Voice sat down with senior rapper Jackson Kienitz to discuss his musical inspirations.

Palo Alto High School senior Jackson Kienitz, is a part-time student, part-time rapper, known around campus for his satirical persona as the vain and self-important artist jNitz. For this installment of Tuesday Tunes, the Paly Voice will not be talking to this humorous caricature, but to the real Kienitz, to find out what music he plays when he isn’t performing on a stage.

According to Kienitz, music was something he and his dad always shared, exchanging discoveries between each other as they blasted songs throughout the house. Kienitz’s dad got the ball rolling by introducing him to some of his first artists. Little did he know that the enthusiasm he instilled in him would manifest itself into Kienitz’s own artist, years later.

“When I was a youngster, we’d listen to his various albums everyday on the way to school, whether it be John Mayer, Lenny Kravitz, Kanye West, KT Tunstal or something else,” Kienitz said. “As I’ve grown older and started to discover artists and songs on my own, the roles have almost reversed.”

Kienitz explained how his taste evolved over the years, as what he would listen to on his own permuted periodically, expanding his range of exposure.

“In elementary school, I wasn’t actively searching for music, but my iPod consisted of Jackson 5, Queen, Weird Al Yankovic, a random song from The Simpson’s and so on,” Kienitz said.

“Currently I’m listening to a lot of R&B, Funk, and Hip-Hop but also Folk and of course,  Post-Neo-Modernist-Contemporary,” Kienitz said, the last being a playful jab at the pretentious style expressed by his alternative alias.

To show a sample size of what you can find Kienitz listening to, The Paly Voice has consolidated a Top 15 list since there are too many favorites to scale down to ten.