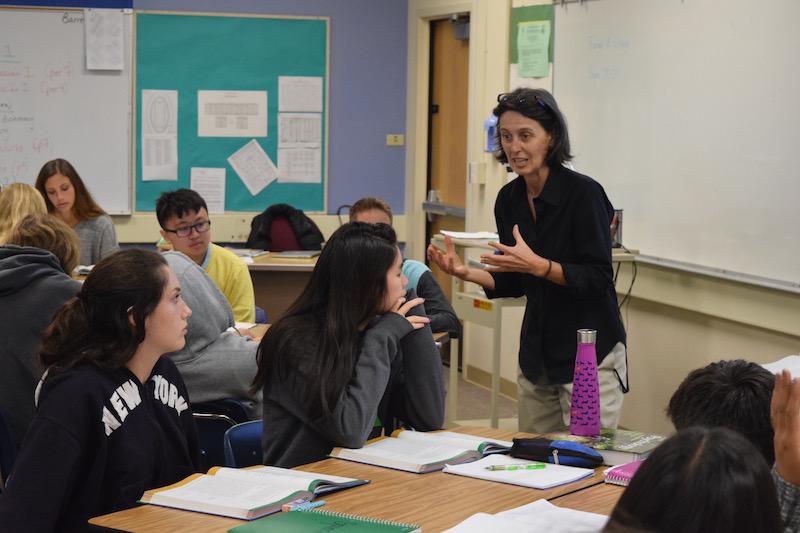 California’s public schools will provide diverse options for elementary level students seeking proficiency in the English language after a proposition removing the mandate of exclusively English education was passed on the state ballot last week.

Prop. 58 is a legal measure that gives elementary level students who are learning English as a second language the choice of either beginning with  bilingual education, or being immediately integrated into English immersion classes. While students do have more educational options, the proposition -now law- still requires that all students become proficient in English.

Prop. 58 passed with a  remarkable approval rating of approximately 73 percent.

“According to many studies, a single language program will cause students to ignore their native language,” Duffy said.  “This is because your goal is just to learn English, and not to maintain your proficiency in your native language.”

According to Duffy, the proposition’s emphasis on preserving students’ bilingual status is important for America.

“The goal [for the students] should be that upon graduating from high school, they should be a strong group of bilingual students,” Duffy said. “In America, we need people who speak more than one language, so why not use the native abilities of immigrant students?”

Duffy said that although the proposition has its benefits, for some communities who have diverse immigrant populations, it may be impractical.

“Here in California we have a diverse group of students who speak a wide variety of languages, so it wouldn’t be very practical to have a program for each native language,” Duffy said. “It’s unfair to say that we can help students who speak one language over those who speak another, which can make the process difficult.”

According to Paly Spanish teacher Pilar Alonso, who taught English to young Latino children, a bilingual program is important for helping students learn English while still maintaining their cultural roots.

“The bilingual program [at which Alonso worked] was initially started because there was no system to help kindergarten students with no English speaking experience become integrated into a fully English school system,” Alonso said. “The goal was that the students would learn English over the course of four years, and during that time they also learned to read in their own language,”

According to Alonso, each year the classes gradually transitioned from Spanish to English until the students were able to make the leap into standard English classes.

“Kindergarten classes were carried out 90 percent in Spanish, and 10 percent in English,” Alonso said. “By the time they were in third grade, the students would be enrolled in the fully English courses.”

Alonso said that the bilingual education was crucial in preparing the students for success, while helping them draw connections between two languages and cultures.

“The program worked phenomenally because the kids left completely prepared, and transitioned what they learned about their own languages to English,” Alonso said. “Bilingual students need this kind of support in school.”

Following the passing of the proposition, the state will now be tasked with implementing these bilingual programs into public schools.