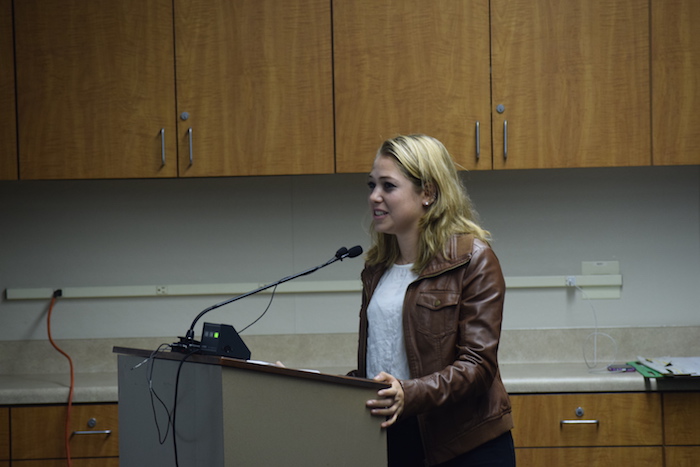 A student-led petition asking the Palo Alto Unified School District Board of Education to revisit its decision to include weighted grade point averages (GPA) on midyear transcripts for the Palo Alto High School Class of 2017 is making its rounds on social media this afternoon after the board meeting Tuesday night.

According to the petition, weighted GPAs create a competitive culture counter to the district’s supposed goals. The petition also cites the higher number of science, technology, engineering and mathematics Advanced Placement courses compared to ones focused on the humanities.

“There are so many cultural benefits to unweighted GPAs and I was really surprised by the school board’s decision,” senior Joelle Dong said.

The decision came as a surprise to many, especially after an email from the Parent Teacher Student Association claiming no board decision would affect the graduating class.

“As parents, we ask that you please share with your teen that for this school year, nothing will change,” stated the email send on Oct. 13. “Anything about this issue will not affect the Class of 2017.”

Students from Gunn High School previously created a petition to advocate for weighted GPA before the debate at the school board meeting, garnering a significant amount of signatures.

Students in favor of weighted GPA say that it compensates for the elevated work load and difficulty level that AP courses require.

“There’s no doubt that weighted grades are a controversial issue, and much thought and debate should go into deciding WGPA’s role at PAUSD in the longterm,” Associated Student Body Board Representative David Tayeri said.